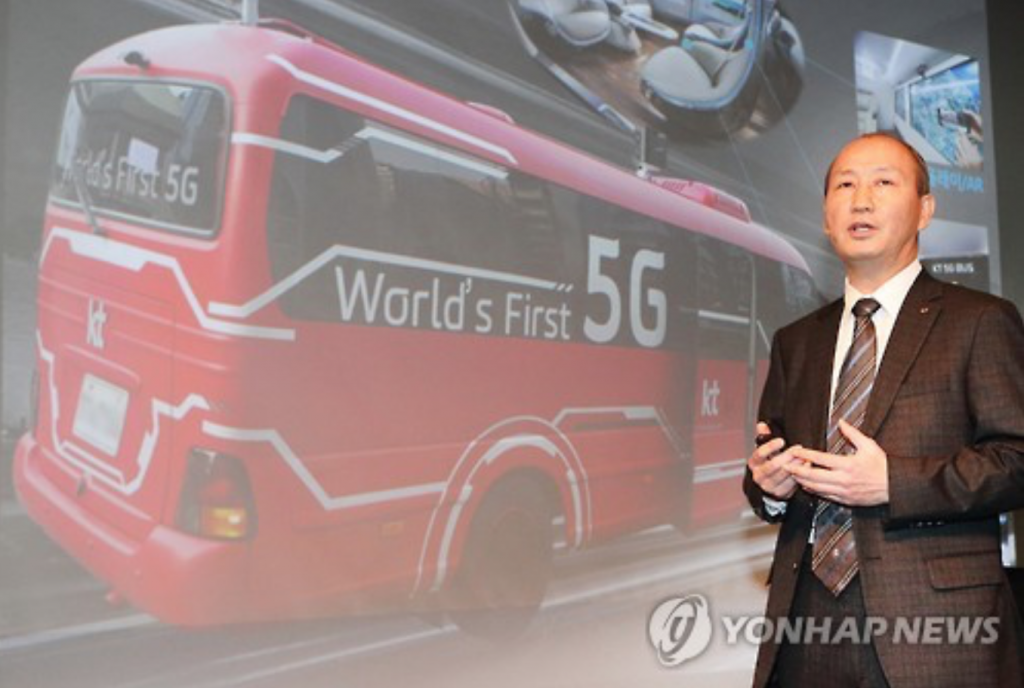 SEOUL, Dec. 13 (Korea Bizwire) – KT Corp., a South Korean broadband Internet and mobile carrier, said Tuesday that it will complete building a network for the fifth-generation network (5G) by September to provide a trial service of the technology at the 2018 Winter Olympics.

Under the plan, KT will install the network in PyeongChang, the Olympic host city some 180 kilometers east of Seoul, its neighboring regions and parts of Seoul as a test bed to introduce the advanced mobile technology.

The network will undergo a stabilization process for four to five months before KT will begin offering the super-fast mobile network during the Feb. 9-25 games.

The 5G network is expected to be 1,000 times faster than the existing long-term evolution (LTE) service, allowing users to download an 800-megabyte movie in one second, compared with 40 seconds on the LTE-Advanced network, currently billed as the world’s fastest.

“The speed of 5G is difficult to come by in areas where there are high buildings,” Oh Seong-mok, vice-president of the company, told reporters in KT headquarters located in downtown Seoul.

Oh said the company has set up the network for a test run in the Gwanghwamun area in downtown Seoul since October and successfully achieved a transmission speed of 2.3 Gbps.

KT has been making efforts to commence full-fledged service by 2020, in what would be the world’s first commercialization of the ultra-fast telecom technology.

KT and its global partners formed an alliance in November last year and confirmed the 5G standard in June this year. The 5G standard by KT and its partners is based on the 28GHz wireless spectrum.