“With the launch of the Samsung Galaxy Z Fold 2, we closely listened to user feedback to ensure we were bringing meaningful improvements to the hardware, while also developing new innovations to enhance the user experience,” Roh Tae-moon, head of mobile communication business at Samsung, said.

The Galaxy Z Fold 2 was unveiled at the Galaxy Unpacked event on Aug. 5, but Samsung did not reveal detailed specifications of the device or its launch date.

Samsung said the Galaxy Z Fold 2 will hit shelves in around 40 countries, including the United States and South Korea, on Sept. 18.

The 5G-supporting Galaxy Z Fold 2 is the follow-up to Samsung’s original foldable smartphone, the Galaxy Fold, which was launched last year.

The company added “Z” in the name to consolidate its foldable smartphones under one brand. The Z lineup includes the Galaxy Z Flip, a vertically folding phone.

The Galaxy Z Fold 2 features a 7.6-inch main screen when unfolded, while having a 6.2-inch cover display, both larger than its predecessor’s 7.3-inch and 4.6-inch displays. 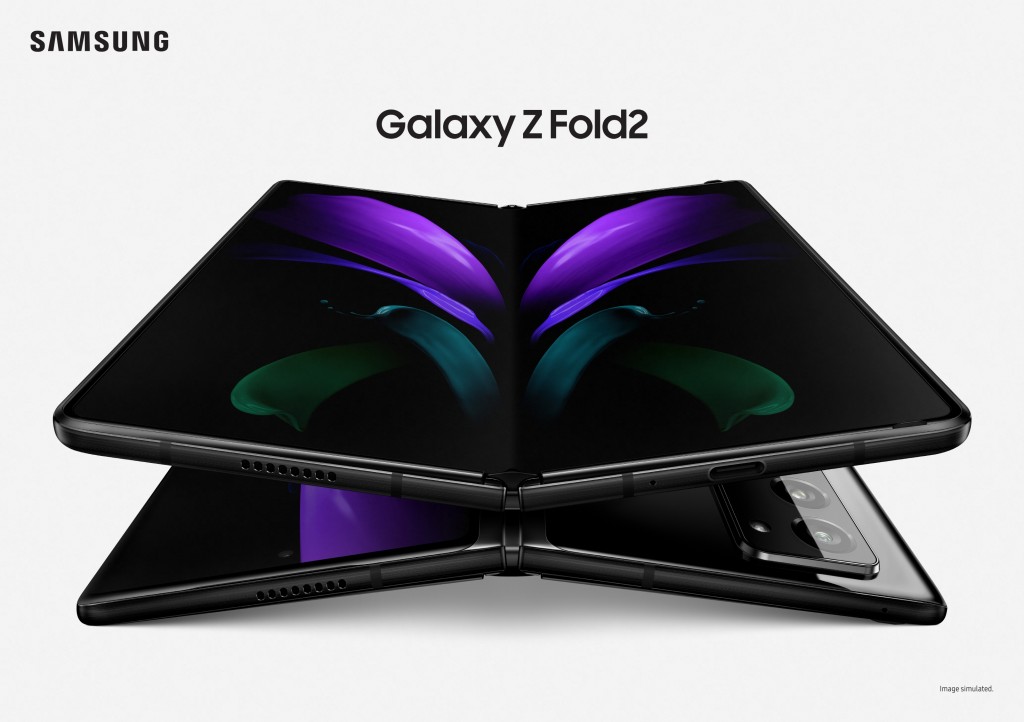 The device sports a rear triple-camera setup with a 12 megapixel (MP) main shooter, a 12MP ultra-wide lens and a 12MP telephoto sensor. It also has a 10MP camera on the main display as well as on the cover display.

The Galaxy Z Fold 2 comes with 12GB RAM and 256GB internal storage, but no microSD slot for storage expansion. It packs a 4,500mAh battery.

Samsung said the Galaxy Z Fold 2 provides “expanded usability” and “seamless multitasking” regardless of whether it is folded or unfolded.

For instance, users can take a high-quality selfie with the rear cameras with the device’s cover screen acting as the viewfinder.

The Galaxy Z Fold 2 owners can also experience upgraded “multi-active window” feature, which can open up to three apps at once. Not only can they adjust screen layouts, users can open multiple files from the same app and view them side by side.

Samsung added its collaboration with global partners, like Google and Microsoft, has allowed the company to offer a better ecosystem for foldable devices.

“A new form factor becomes meaningful only when it unlocks new user experiences,” said Patrick Chomet, head of customer experience office at Samsung’s mobile communications unit. “To deliver this, we have worked in close collaboration with our partners who share a common vision for the future of the foldable ecosystem.”

Like the Galaxy Z Flip, Samsung will also release the limited edition of the Galaxy Z Fold 2 in partnership with fashion brand Thom Browne.

Its Thom Browne edition package will include the Galaxy Z Fold 2, Galaxy Watch 3, Galaxy Buds Live and an array of fully customized accessories, according to Samsung.

The Galaxy Z Fold 2′s Thom Browne edition will be available for pre-order starting Tuesday in select markets with general availability on September 25. In South Korea, the limited edition will be sold at 3.96 million won. 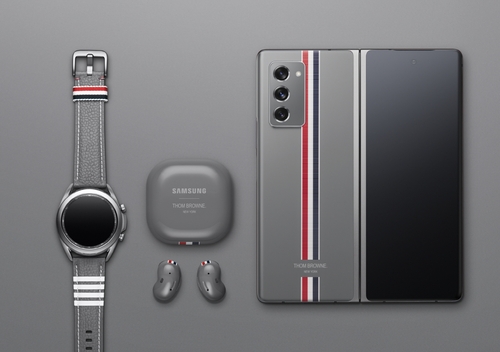 Samsung expects the Galaxy Z Fold 2 can reinforce its status in the premium smartphone market along with the Galaxy Note 20 phablet and other foldable devices.

The company also hopes the latest smartphones can boost its mobile sales amid the pandemic.

Samsung dropped to the second spot in global smartphone shipments in the second quarter of the year.

Analysts here predicted the Galaxy Z Fold 2 to sell around 500,000 units this year, more than its predecessor.