“Now, the online music market is shifting to a new paradigm of streaming radio. Meanwhile, Samsung with its deep pocket is spending fortunes in the name of an “innovative free music service,” which is in effect destroying the legitimate music streaming market that all the parties of the music industry took a decade to nurture. It will leave a scar to the passion and pride of musicians.”

“We need to rethink how cheap the music copyright is so that the company dares to offer songs for to the people. Most of the musicians are composing their songs to make their ends meet but their earnings are miniscule. It is our duty to protect the interest of the musicians and allow them to do their creative work with reasonable compensations.” 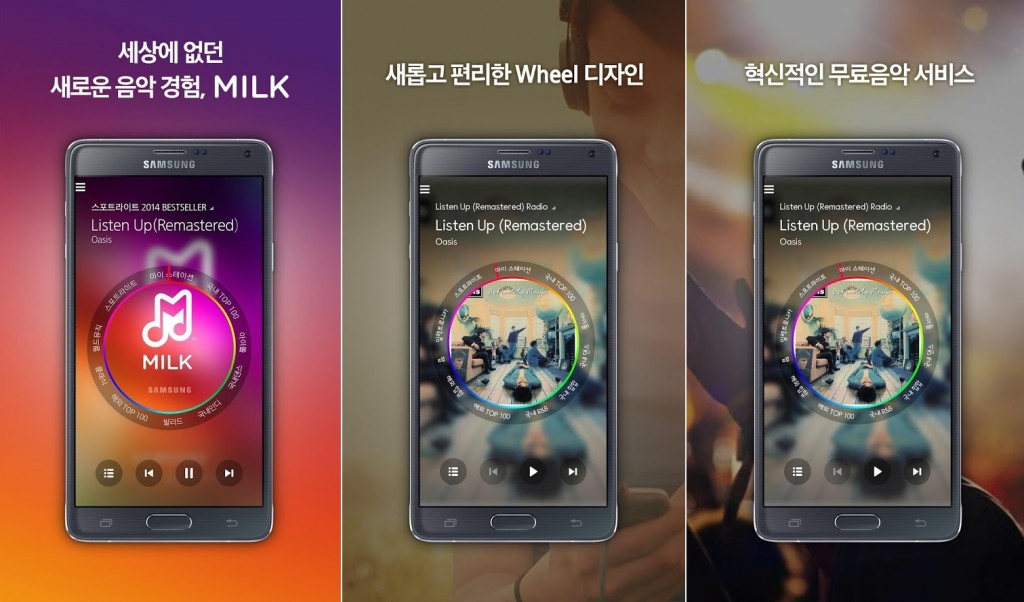 As KMCA abruptly terminated the music source supply contract with Soribada which has offered its music sources to Samsung’s Milk Music, Samsung Electronics has decided to change its pricing policy for its popular music streaming service. (image: Milk Music)

SEOUL, Oct. 15 (Korea Bizwire) – Samsung’s Milk Music, a free music streaming service only available on Samsung Galaxy devices, appears to make concessions with the Korea Music Copyright Association (KMCA), as it announced it would partially introduce a paid service to the smash-hit music streaming service, effectively displaying a flag of truce, according to industry watchers.

As KMCA abruptly terminated the music source supply contract with Soribada which has offered its music sources to Samsung’s Milk Music, Samsung Electronics has decided to change its pricing policy for its popular music streaming service that launched on September 24 but has enjoyed a surging new users who — according to local reports — have reached about 1.3 million new subsribers in less than one month after launch.

On October 14, Samsung Electronics announced that it would introduce premium paid service in the free music streaming service in which a whopping 3.6 million music files are available, starting in the first quarter of 2015. Reportedly, Samsung had paid a huge sum of money to Soribada for the service launching in an attempt to lure  more smartphone users to its fresh music service — and to its flagship Galaxy lineups. 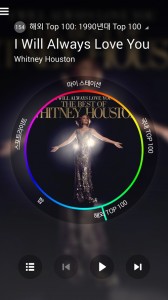 Samsung’s shift is following the KOMCA’s October 13 statement saying, “We asked Soribada to impose fees to Milk Music but there was no reasonable response from Soribada. Accordingly, we sent a letter to Soribada indicating the contract with the music service company was terminated as of October 11.”

In the previous letter to Soribada, KOMCA wrote, “It is a breach of contract that Samsung is offering music free of charge through its Milk Music and it is shaking the foundation of legitimate music source market to the core. Thus, we are considering the termination of the contract with Soribada on the usage of music intellectual properties.”

However, the negotiations among the related parties fell apart and consequently KOMCA notified the agreement’s cancellation. KOMCA also told Samsung that it is the infringement of copyrights that its Milk Music is offering free music services without an official approval of the KOMCA.

At that time, KOMCA showed its stance that the negotiation with Samsung is not completely closed. As KOMCA wants another legitimate music streaming channel rather than the closure of Milk Music service, it is unlikely for the association to raise a lawsuit against Samsung.

Launching its Galaxy Note 4 last month, Samsung Electronics began the free music service, through which Galaxy smartphone users can listen to the latest songs by downloading the app free of charge. With the unique privilege, the number of app downloads recorded more than 1 million as of October 12.