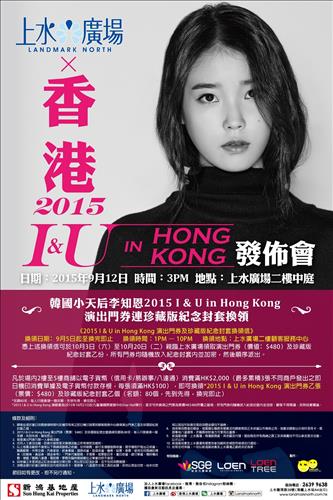 The event will take place at Landmark North, a large office and shopping complex in the heart of the city, at 3 p.m. Saturday, the page showed.

IU amassed fans from all over Asia for her role in KBS 2TV’s “The Producers,” an office drama set at the entertainment department of a fictional KBS, in which she plays a stoic singer. Actor Kim Soo-hyun co-stars as a rookie producer who changed jobs for a woman. The show concluded its one-month run in June.

IU is scheduled to hold a concert and a fan meeting in Shanghai, China, on Nov. 11.