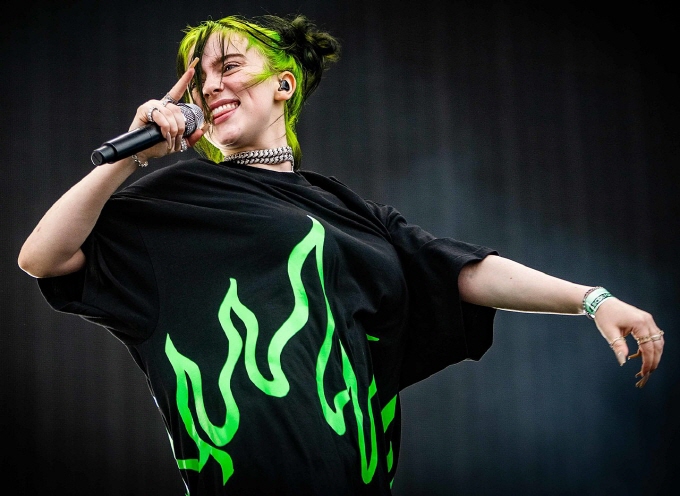 According to the announcement on the singer’s official website last week, Eilish’s 2020 world tour, titled “Where Do We Go?” will start March 9 in Miami, Florida, and run through September in 19 countries, including Mexico, Argentina, Germany, France and Italy.

She will perform in Seoul on Aug. 23, with the venue to be determined later, as the first stop of the Asian leg. The tour will continue to Shanghai, Taipei, Hong Kong, Tokyo, Manila and Jakarta through September.

Eilish swept the four biggest prizes at the Grammy Awards — best new artist, record of the year, album of the year and song of the year — held on Sunday (U.S. time).

She became the first solo artist to win the four major Grammy honors at the same time since 1981, when Christopher Cross did so, while she is the first woman to achieve the feat.

Also, the 18-year-old singer-songwriter is the youngest solo performer to ever win album of the year, breaking the earlier record set by Taylor Swift, who won best album at the age of 20 for “Fearless.”

Making her debut in 2016 with her first single “Ocean Eyes,” Eilish has been characterized by her whispering voice and grotesque scenes in her self-directed music videos.

Her oversized, baggy clothing has also been the talk of the town.

Her first studio album, “When We All Fall Asleep, Where Do We Go?” debuted atop the Billboard 200 in 2019, as well as on the UK Albums Chart.

“Bad Guy,” the fifth single from the album, has soared to first place on the Billboard Hot 100, ending Lil Nas X’s record-breaking 19 weeks at No. 1 with “Old Town Road.”