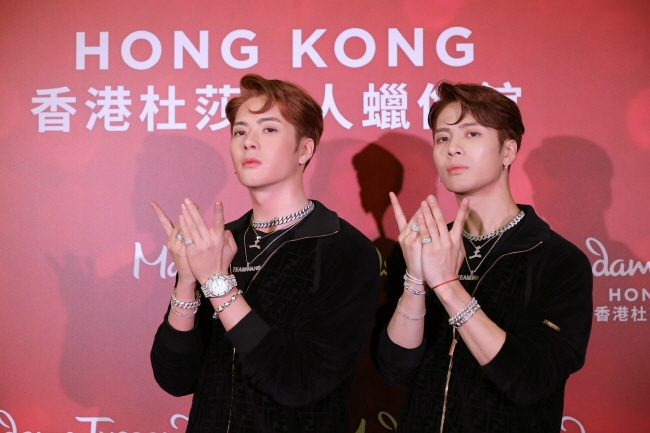 The new figure is currently on display in the museum’s Hong Kong Glamour room, but it will be moved to the new Music Icons room once its renovation work is completed, according to JYP Entertainment.

A team of British experts flew to Hong Kong to measure Jackson’s sizes there, it also noted.

Jackson shared his excitement over the installation with his fans with photo images of himself with the wax figure and messages posted on his Instagram account on July 30.

“First goal on my life bucket list officially CHECKED,” Jackson said on his Instagram, adding, “I can hardly express my emotions & feelings when I’m witnessing this moment.”

Madame Tussauds Hong Kong is the first Asian outlet of the famous wax museum founded by Marie Tussaud of France.

It is known for its realistic lifesize wax replications of world famous people, including politicians, entertainers and sports stars.