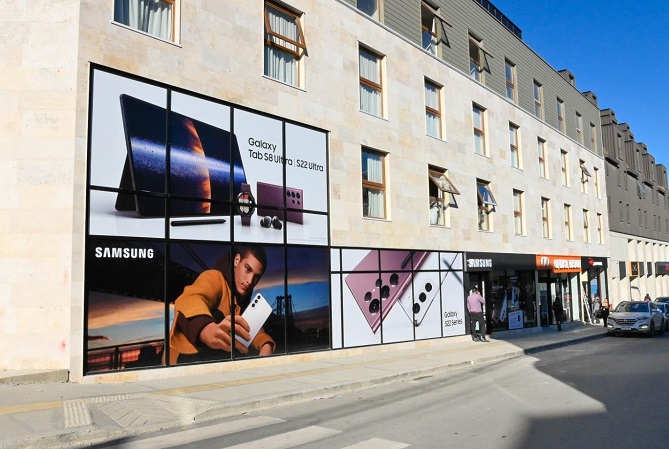 This photo provided by Samsung Electronics Co. on April 12, 2022, shows the company’s store in Argentina’s southernmost city of Ushuaia.

The store, which opened Friday, carries Samsung’s Galaxy S22 smartphone, the Galaxy Watch 4, accessories and other products, according to Samsung’s Latin America Headquarters.

Ushuaia, which claims the title of the world’s southernmost city and has a population of some 60,000, is one of five internationally recognized Antarctic gateway cities and lures many tourists from around the globe.

The store’s launch comes after Samsung rolled out its Galaxy S22 series in Brazil and other Central and South American countries.

Samsung, the world’s largest memory chip and smartphone maker, boasts a share of more than 50 percent in the Brazilian and other Latin American smartphone markets.