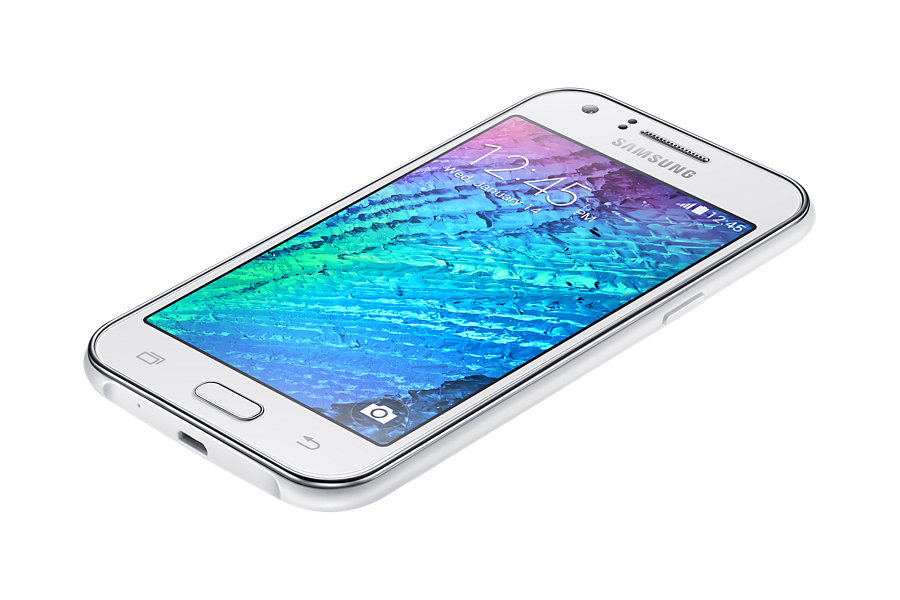 The Galaxy J1 is the cheapest model in Samsung’s budget phone lineups that work on the long-term evolution (LTE) network. (image: Samsung Electronics)

The South Korean tech giant has recently decided to roll out the new budget smartphone model Galaxy J1 in the Netherlands and Germany, expanding its target countries to Europe from emerging markets including India and Malaysia, according to industry sources.

The Galaxy J1 is the cheapest model in Samsung’s budget phone lineups that work on the long-term evolution (LTE) network, priced at about 100,000 won (US$89) in the local currency.

Its release came on the heels of the debuts of Samsung’s other budget smartphones: the Galaxy A, Galaxy E and Galaxy Z, all of which were introduced between December and January starting in China and India.

Analysts say that such a move by Samsung is aimed at recouping its smartphone supremacy through focusing on mid- to low-end products as well as the high-end ones, since the premium market has likely come to a point of saturation led by a battle between Samsung and Apple Inc.

The mid-to low-end market, on the other hand, has high growth prospects, according to analysts’ forecasts. India is considered the next biggest market for smartphone makers, given the huge potential demand. The country’s smartphone usage only stands at 30 percent.

Market researcher Strategy Analytics estimates that global sales of mid- to low-end models will surpass those of high-end handsets by more than twofold in 2016, to 107 million.

The two-pronged strategy will test whether Samsung Electronics can regain momentum in the cutthroat market, analysts added, while many of them gave a positive outlook for the tech firm.

Local brokerages have raised the target price of Samsung Electronics to 1,658,000 won per share, up 9.51 percent from the beginning of the year, data compiled by market tracker FnGuide Inc. showed.

That is in line with the latest adjustments made ahead by foreign investment banks, giving weight to a consensus that the company bottomed out last year. Barclays raised the target share price to 1,800,000 won from 1,600,000 won, with Nomura revising up by 100,000 won to 1,750,000 won.

The company posted its weakest earnings in three years in 2014, with its fourth-quarter operating profit tumbling more than 60 percent from a year ago on sluggish smartphone sales.