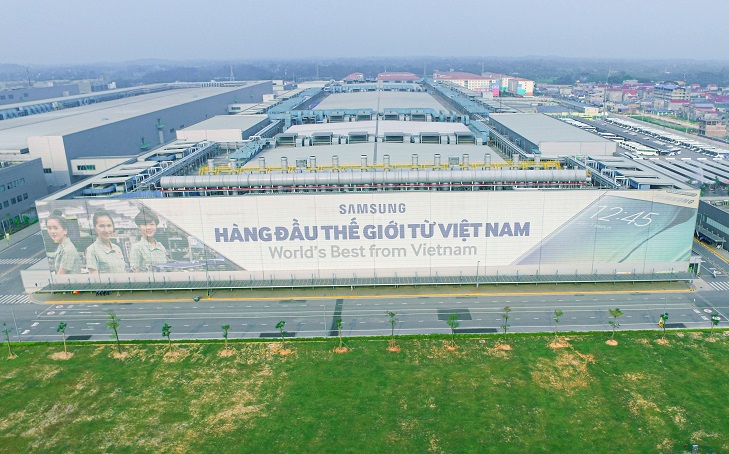 SEOUL, Sept. 24 (Korea Bizwire) — Samsung Electronics Co. is reinforcing its supply chain in Asia to meet increased demand of its products amid the pandemic, industry insiders said Friday, as the South Korean tech giant eyes to build more plants and expand its workforce.

Samsung is currently building a TV manufacturing plant in Karachi, Pakistan. It is expected to be in operation in the fourth quarter of the year and produce 50,000 units annually.

The news was recently revealed by Abdul Razak Dawood, adviser for commerce and investment to the Pakistani Prime Minister, via Twitter.

“I have been informed that Samsung Electronics is in the process of establishing their TV line-up plant in collaboration with the R&R Industries at Karachi,” he said.

Samsung is the world’s largest TV manufacturer. It accounted for 31 percent of the global TV market in terms of sales revenue in the first six months of 2021, according to data from industry researcher Omdia.

The company is also building a mobile phone factory in Karachi. It was recently announced by Lucky Motor Corp., a car manufacturer in Pakistan, that its automotive plant will be repurposed to produce Samsung’s mobile devices.

In Vietnam, Samsung’s main production base for smartphones, the company is expanding its workforce to beef up productions.

Last month, the company said it will recruit an additional 3,000 workers for its factory in Thai Nguyen, northern Vietnam.

Samsung recently released the Galaxy Z Fold3 and Galaxy Z Flip3 foldable smartphones to strengthen its presence in the premium segment. Such products have been popular globally, with the company experiencing delivery delays due to increased preorders.