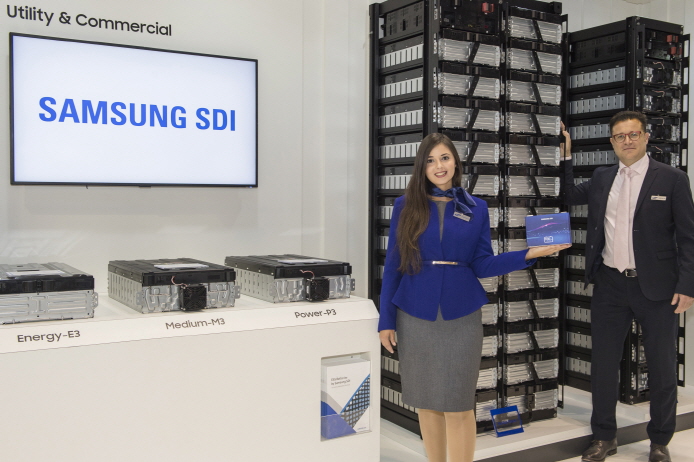 The global ESS market is expected to grow by 31 percent per year from 11.8 gigawatt hours last year to 77.6 gigawatt hours in 2025, according to data by market researcher SNE Research.

Samsung has stepped up its overseas marketing for its ESS to meet growing demand in line with renewable energy initiatives in many countries, also looking to offset thin orders in the domestic market.

The firm’s operating income tumbled 52.2 percent on-quarter to 130 billion won (US$112 million) in the first quarter due to poor ESS business.

A civilian-government committee has been carrying out an investigation into a series of fires that broke out in ESS equipment from local producers, including Samsung SDI and LG Chem. The 21 accidents occurred from August 2017 through January this year.

The prolonged investigation has made a big dent in the bottom lines of local ESS makers as they failed to win new orders. The government has called on companies to suspend ESS operations until the outcome is released, bringing domestic sales to a virtual halt.