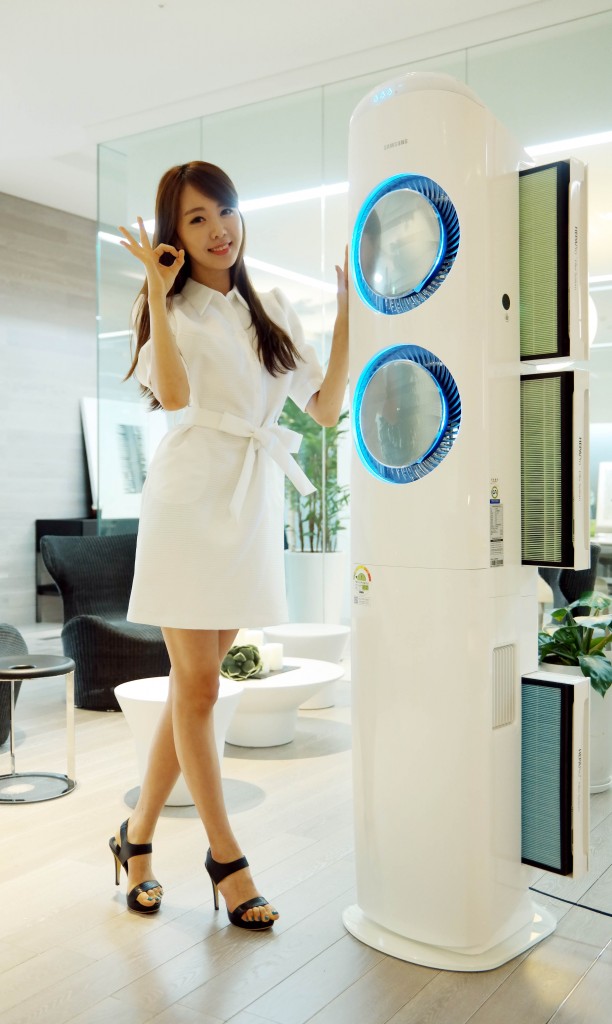 The Blue Sky purifier, with its triple HEPA filter system consisting of three fans and nine filters, can cover a space of up to 151㎡ quickly and effectively. Samsung reports that it can get rid of 99.9 percent of ultra fine particles up to the size of 0.02㎛. Its energy consumption efficiency rating is also ranked in the most efficient rating category.

Another product from the line-up, the AX40H5000UWD, has a double-step air-purifying system. First, it removes bigger dust with its triple filter system, and then it cleanses fine dust, viruses, and bacteria with its ‘Virus Doctor’ system, Samsung’s incorporated super-plasma ion technology that eliminates allergens and harmful viruses that can cause airborne diseases.