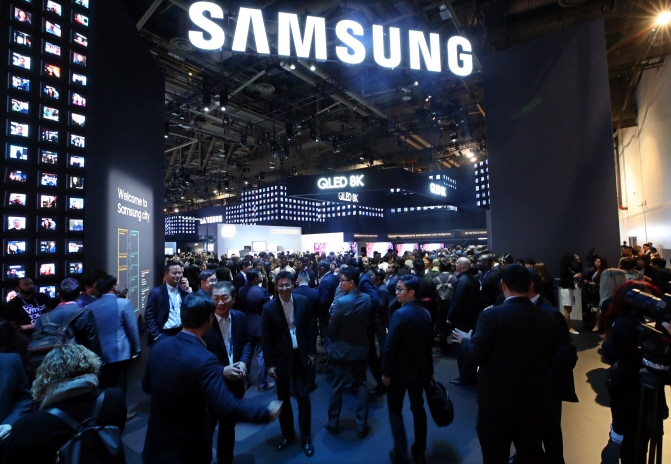 Samsung Electronics Co.’s exhibition booth is crowded with visitors during the Consumer Electronics Show in Las Vegas on Jan. 9, 2019. (Yonhap)

Samsung Electronics’ lobbying expense was the ninth largest among electronics companies operating in the U.S., moving up two notches from a year earlier, according to the Center for Responsive Politics (CRP).

Microsoft Corp. spent the most with $7.18 million, followed by Qualcomm Inc. with $6 million, Oracle Corp. with $5.47 million and Apple Inc. with $5.09 million, said the nonprofit research group, which tracks the effects of money and lobbying on elections and public policy.

The Korean tech conglomerate has been intensifying its lobbying efforts in its key market since President Donald Trump took office in 2017 and advocated more protectionist trade policies.

Trade-related issues were Samsung’s main lobbying target in the U.S. last year, with 13 cases out of 81 total in this area.

The company also made extensive lobbying efforts for the telecommunication sector as it has been exploring ways to expand its foothold in the 5G network equipment market.

Last month, Samsung and American telecommunication company Verizon announced their plan to launch 5G-compatible smartphones in the U.S. market in the first half of 2019.