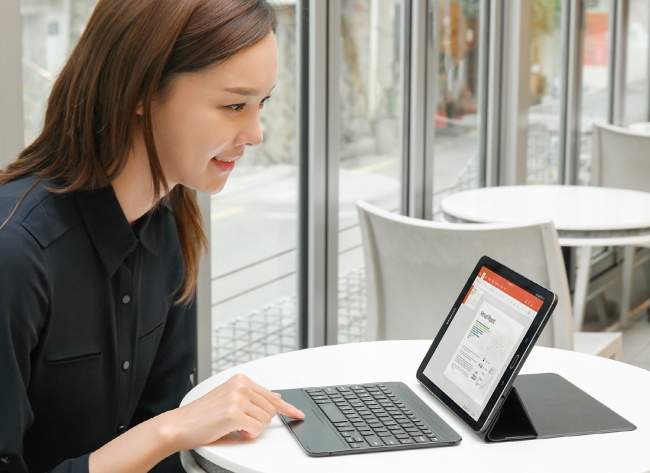 The Galaxy Tab S2, which will come in two screen sizes, 9.7 inches and 8 inches, will officially be released on Aug. 11 in South Korea. (image: Samsung Electronics)

The Galaxy Tab S2, which will come in two screen sizes, 9.7 inches and 8 inches, will officially be released on Aug. 11 in South Korea, the company said. They will support both WiFi and long-term evolution advanced (LTE-A) networks.

They will come with two cameras, with 8 megapixels and 2.1 megapixels, at back and front, and have a capacity of 32GB data storage that can be expanded by inserting micro secure digital memory cards.

The company said the tablet PCs can be used like a laptop as users can connect keyboards. The devices are also pre-installed with Microsoft Office software.’

Last week, Samsung Electronics said it has sold 8 million tablet PCs in the April-June period, remaining almost flat from a year earlier. Its sales of smartphones, which came to 89 million units, fell 6.3 percent over the cited period.

Samsung took up 17 percent of the world’s market for tablet PCs in the second quarter, becoming the No. 2 player, down from 18 percent posted a year earlier, the data compiled by the International Data Corporation (IDC) showed.