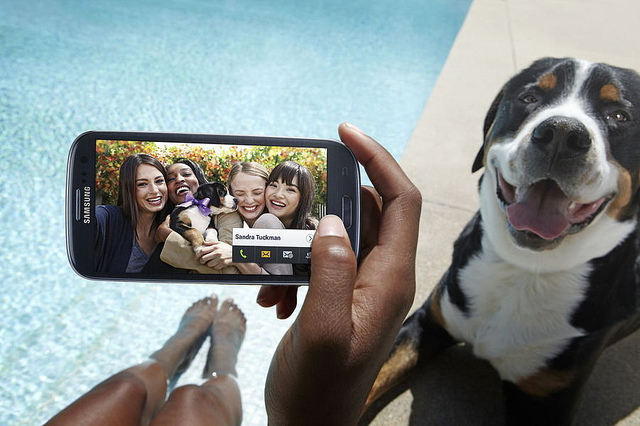 With the success of mass production of Exynos modem 303, Samsung can ease its dependency upon Qualcomm for the modem chips. (image: Vernon Chan/flickr)

According the industry, the System LSI division of Samsung is producing modem chip Exynos Modem 303. Modem chip is one of the system semiconductors and a core part for smartphones transforming radio frequencies into voice or electronic data.

In the past, Samsung procured the modem chips from Qualcomm. Last year, Qualcomm rolled out a modem chip supporting CAT6 in the latter half of 2013 and dominated the modem chip market. Qualcomm chips are installed in most LTE-A handsets.

However, with the success of mass production of Exynos modem 303, Samsung can ease its dependency upon Qualcomm for the modem chips. An industry official said, “What really counts most is that Samsung secured its own technology for the modem chip.”

Samsung plans to choose the Exynos modem 303 in its Galaxy Alpha, which will be marketed next month, and to equip upgraded modem chips into Galaxy Note 4.

According to HIS Technology, a market analyzer, the sales of system semiconductor of Intel increased to US$11.87 billion in the second quarter from US$10.9 billion in the first quarter; and those of Qualcomm increased to $4.9 billion in 2Q from $4.2 billion in 1Q. Meanwhile, those of Samsung decreased to $2.3 billion from $2.5 in the same periods. The increased sales of Intel and Qualcomm stemmed from the fact that Samsung and Apple selected their modem chips or their mobile application processors.

The industry expects that, mass producing Exynos modem chips, Samsung’s sales and shares of system semiconductors will rebound at the end of this year.