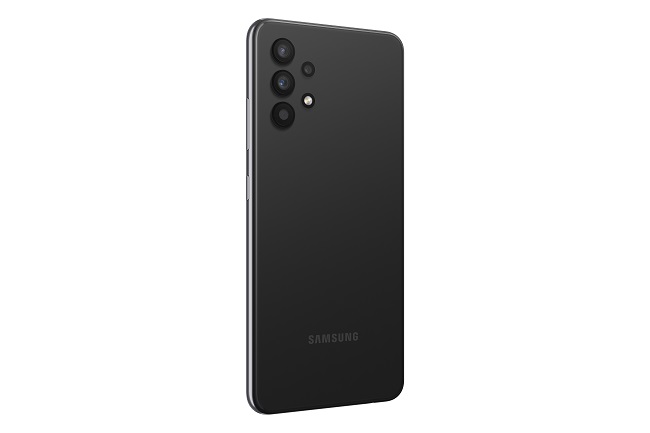 This photo provided by Samsung Electronics Co. on March 11, 2021, shows the company’s Galaxy A32 smartphone.

The Galaxy A32 will be released in South Korea on Friday with a price tag of 374,000 won (US$330). The budget smartphone is already available in select markets in Europe and India.

The world’s largest smartphone vendor announced earlier this week that the Galaxy A42 will be also launched in South Korea on Friday and will be the cheapest 5G smartphone in the country at 449,900 won.

In addition to its flagship Galaxy S series and foldable smartphones, Samsung has been aggressively promoting the Galaxy A series, which covers the mid-range and low-end segments, to increase its handset sales.

According to market researcher Counterpoint Research, Samsung defended its leading status in the 2020 smartphone market, but its market share dropped from 20 percent to 19 percent as its shipments declined from 296.8 million units to 255.7 million units.

The company recently announced that it will hold an “Unpacked” event for its upcoming new Galaxy A models, predicted to be the A52 and the A72, next week. Usually, Samsung has not hosted large-scale introduction events for the Galaxy A models.