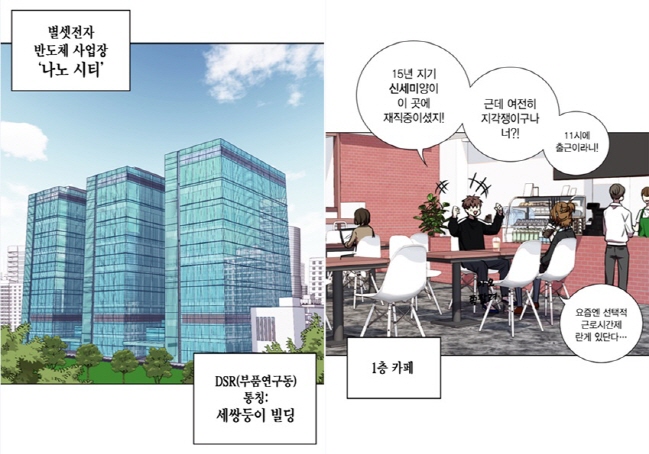 Samsung introduced NANO, a new webtoon series on semiconductors, on its official website on Thursday.

“We hope to bring semiconductors to the public as easily approachable devices,” said the company. “The webtoon series will help understand the basics of semiconductors.”

Illustrator Han Ga-ram and Writer Shin Hyoung-wook will lead the webtoon series that consists of some 20 episodes.

The series involves a student majoring in engineering who falls in love with a semiconductor researcher and decides to learn about semiconductors.

The first episode, titled the must-need item for the modern society, begins with the basics of semiconductors.

Prior to the webtoon series, Samsung published a cartoon series titled ‘learning semiconductors with cartoons’ in 2007.