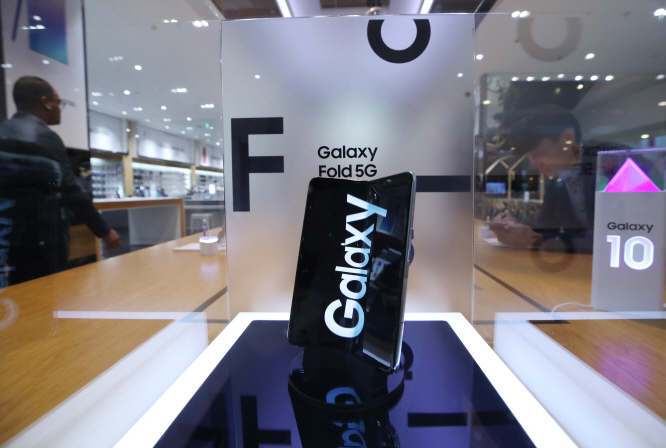 A Galaxy Fold foldable smartphone made by Samsung Electronics Co. is on display at a Samsung store in Seoul. (Yonhap)

According to the sources, the world’s largest smartphone maker is considering releasing the device in some 30 countries by February next year.

The tech giant has already rolled out the Galaxy Fold in 29 countries, including South Korea, the United States, Japan and France.

The total shipments of the latest foldable phone may hit over 500,000 by early next year, the sources said

Samsung’s first foldable phone enjoyed huge popularity among early adopters in the countries despite its expensive price, but the company has released only a limited number of the device, resulting in a shortage.

Samsung also plans to expand its Galaxy Fold lineup next year with its second edition expected to be unveiled in August or September for a cheaper price, according to the sources.