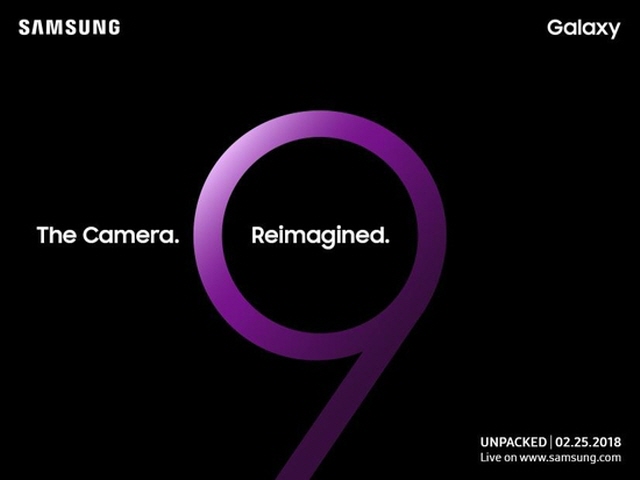 Samsung is set to take the wraps off the Galaxy S9 smartphone in Barcelona at 6 p.m. Sunday on the eve of the opening of the Mobile World Congress, the world’s largest gathering for the mobile communications industry.

During the event, the South Korean tech giant will allow attendees to visualize the new smartphone with Unpacked 2018, an app it has developed for the show, the sources said.

Registered attendees can use the QR code on the app as their entry tickets, and those who will not be present at the event can also watch the show live through the program.

Industry watchers estimate that the factory price of the 64-gigabyte version of the Galaxy S9 smartphone could be 957,000 won (US$890).

Samsung has hinted at a greatly improved camera on the new phone and challenged people to “imagine a camera that can see more than your eyes.”