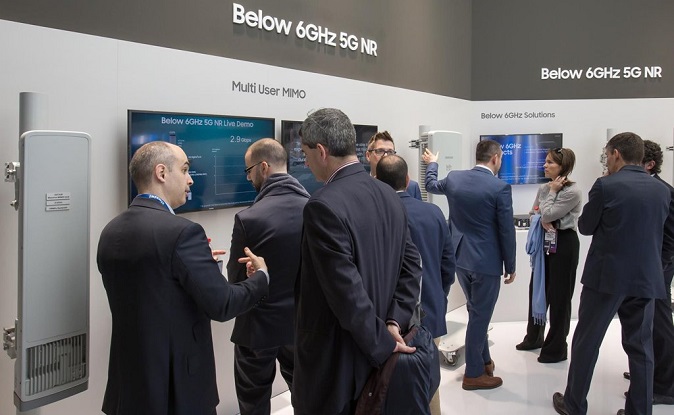 SEOUL, May 11 (Korea Bizwire) — Samsung Electronics Co. will skip in-person exhibitions at the upcoming mobile technologies trade fair due to novel coronavirus concerns, the company said Tuesday, although it plans to join the event online.

The world’s largest smartphone vendor will not showcase its products and technologies “offline” at the Mobile World Congress (MWC) 2021 to be held between June 28 and July 1 in Barcelona, Spain.

“The health and safety of our employees, partners and customers is our number one priority, so we have made the decision to withdraw from exhibiting in-person at this year’s MWC,” the company said in a statement.

“We look forward to participating virtually and continuing to work with GSMA and industry partners to advance new mobile experiences.”

MWC is considered one of the top three tech events in the world, along with the Consumer Electronics Show in the United States and IFA in Germany.

It has been held in Barcelona usually between end-February and early March each year, but the tech expo was canceled last year due to COVID-19, and this year, it was pushed back to June.

Major IT firms, including Sony, Nokia and Ericsson, have already announced their withdrawals from the event due to concerns over the spread of COVID-19.

Among local firms, KT Corp. last month decided not to take part in in-person exhibitions at the MWC 2021.

SK Telecom Co., the nation’s largest mobile carrier, has yet to confirm its participation but is expected to skip the offline exhibitions as well, according to industry sources.

LG Uplus Corp., the country’s No. 3 telecom firm, has been jointly exhibiting its products with LG Electronics Inc. at the MWC.

But as LG Electronics recently decided to pull out from the smartphone business, it is unlikely that the mobile carrier will join the event, the sources said.