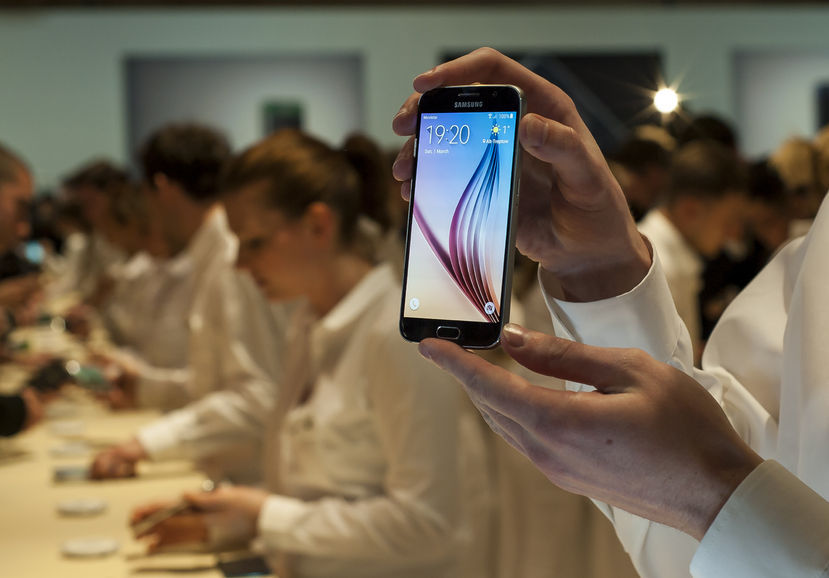 Samsung stood as the top seller of smartphones in the European, Latin American, Asia-Pacific, Middle East and African markets in the April-June period, the data compiled by industry tracker Strategy Analytics showed.

Industry watchers attributed Samsung’s strong presence to its lower-end smartphones, including the A, E and J series, coupled with sales of the flagship Galaxy S6 released in April.

The tech giant, however, slid to the No. 2 spot in the North American market with a 26.2 percent share, with archrival Apple holding the largest of 32.1 percent.

Samsung outpaced Apple in the North American smartphone market in the second quarter of 2014, when it took up 36.2 percent of the market, hovering above the U.S. giant’s 27.9 percent.

In line with its efforts to regain the top position in the North American market, Samsung has tapped New York as the first showcase spot for its upcoming devices, presumably the Galaxy Note 5 and the Galaxy S6 Edge Plus. The event is slated for Thursday.

But industry watchers said Samsung will still face hurdles to beat Apple as the U.S. rival will also release its next iPhone series in September.

Samsung said its handset sales shrunk 6.3 percent on-year in the second quarter to 89 million units. Of the handset shipments, smartphones accounted for about 80 percent.