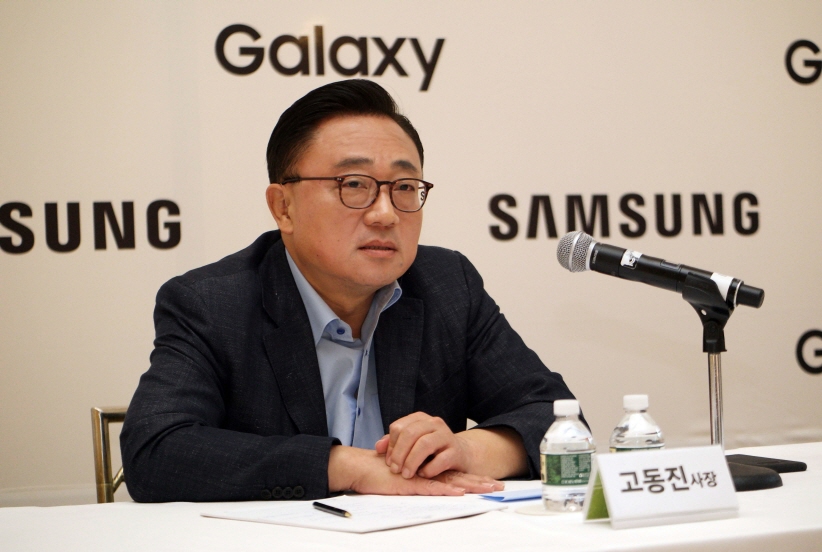 “The Galaxy S8 and S8 Plus released in the first half are being loved by consumers. The brand of Galaxy has overcome the challenges from last year, and is recovering quickly,” Koh Dong-jin, president of Samsung Electronics, said during his meeting with journalists in New York.

The South Korean tech giant faced a major crisis last year due to the suspended production of the Galaxy Note 7 on faulty batteries. Due to reports of them catching fire, Samsung was forced to recall all of the devices, spawning speculation that the firm may scrap the Note lineup.

Koh said the company will try to set the price of the Galaxy Note 8 below 1 million won (US$887), saying he does not wish to make the device too expensive for users. The final price in South Korea will be announced around Sept. 10., he added.

“The Galaxy Note 8 is the best of the Note lineup, which was made based on innovation and evolution,” Koh said.

The updated S-Pen, among others, is one of the key features of the Galaxy Note 8.

The stylus allows users to take notes even when the screen is turned off, and the device is capable of a hundred pages of such memos.

The S Pen is also significant in that it is capable of translating languages, or convert numbers, such as currencies. Along with the device, even the pen is IP68 rated, meaning they are water and dust resistant. This certification means the device can withstand 30 minutes underwater to a depth of 1.5 meters.

Samsung Electronics plan to start sales of the Galaxy Note 8 on Sept. 15 in South Korea and the United States, which will gradually be expanded to other markets.

Koh added Samsung is currently developing Bixby 2.0, which will invite outside developers to join the ecosystem compared to the current Bixby 1.0.

The tech giant is expected to showcase Bixby 2.0 in October.

Koh also said Samsung’s purchase of U.S. Harman International Industries Inc. was a “good” decision, adding the company will showcase smart speaker in the near future, although the release may not take place this year.