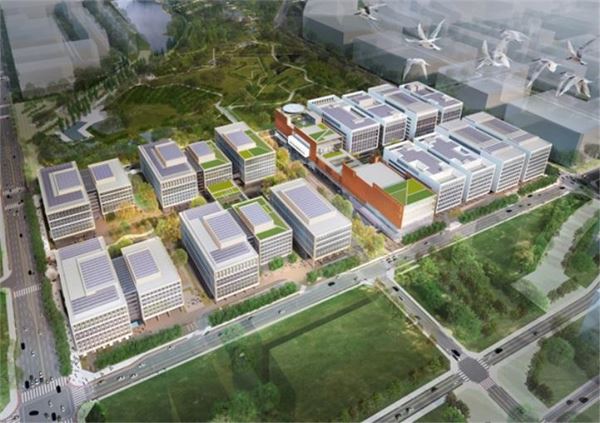 LG Group will pour 3 trillion won (US$2.93 billion) with help from 10 subsidies expecting some 20,000 R&D staffers to reside in the park. (image: Seoul Metropolitan government)

SEOUL, July 24 (Korea Bizwire) – LG Group is warming up to implement its plan to build an “LG Science Park” in Seoul to secure fundamental technologies and R&D synergy effects among its tech affiliates.

The R&D facility which will sit on a 170,000 square meters site in Magok, southwestern tip of Seoul will begin its construction work from August this year and is scheduled to be completed in 2020. LG Group will pour 3 trillion won (US$2.93 billion) with help from 10 subsidies expecting some 20,000 R&D staffers to reside in the park.

In the meantime, LG Innotek, a components manufacturer, and LG Life Science disclosed their plans to invest 301.7 billion won (US$295 million) and 132.1 billion won (US$128 million) respectively in the LG Science Park.

An official at LG Innotek said, “We decided to invest in the R&D center to secure future competitiveness and next-generation technologies for our sustainable growth. It is our strategy to house an increasing number of R&D facilities.”

Besides, other LG companies including LG Electronics, LG Display, LG Chem, LG Uplus and LG Housys which plan to move into the science park are expected to disclose their own volume of investment in the science park soon.