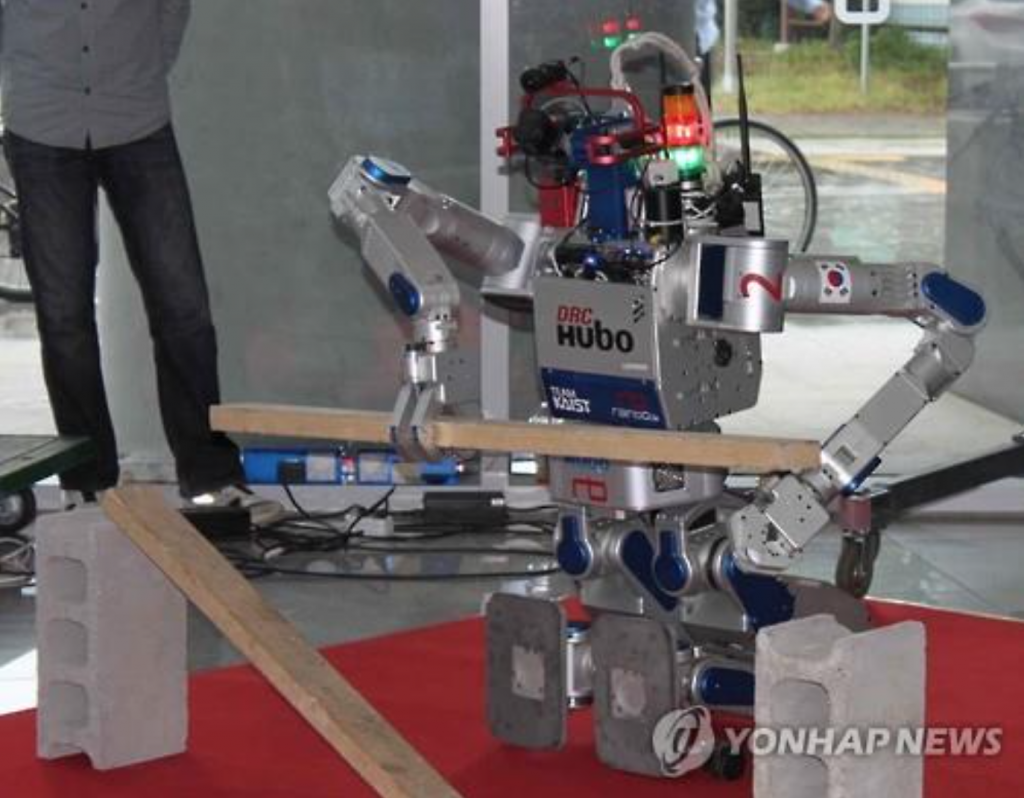 A disaster relief robot, called “Hubo,” is displayed at the Korea Advanced Institute of Science and Technology (KAIST), on May 24, 2016. (image: Yonhap)

SEOUL, July 11 (Korea Bizwire) – South Korea will use security guard robots to reinforce safety in and around Olympic stadiums and venues during the 2018 PyeongChang Winter Games, the government said Monday.

The Ministry of Trade, Industry and Energy said it has launched a robot support team led by Oh Joon-ho, a professor of the Korea Advanced Institute of Science and Technology (KAIST).

The team will draw up a comprehensive plan on the use of security guard robots by next month in the run-up to the winter games scheduled in February 2018 in the eastern alpine city of PyeongChang.

“We will look into various possibilities, including anti-terror robots or small surveillance robots,” Oh, who also heads KAIST’s Humanoid Robot Research Center, said. “We will study ways on how to best demonstrate Korea’s robotic technology, taking the budget into consideration.”

The PyeongChang Olympics is also considering use of humanoid robots to provide information at stadiums and press centers, the ministry said.