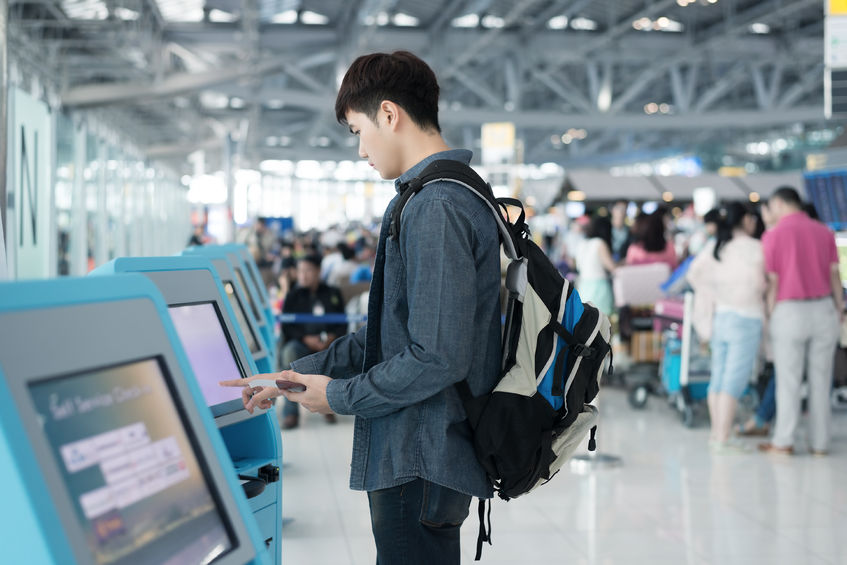 According to a recent report on interactive kiosks and their relation to automation from the Institute for Information & Communications Technology Promotion (IITP), nearly seven out of ten consumers preferred interactive kiosks over human employees. (Image: Kobiz Media)

With their convenience and cost-effectiveness, an increasing number of companies in various fields are adopting digital kiosk systems including fast food restaurant chains, banks, cinemas, and convenience stores.

Though digital kiosks might still be relatively new in the South Korean market, the speed at which new kiosks are popping up in the service sector suggests the interactive systems are on course to be deeply entrenched in South Korean commerce following in the footsteps of their predecessors in Europe and North America.

Despite concerns that interactive kiosks might replace workers, as recent surveys show most South Koreans are more excited than worried about the fourth industrial revolution, the touch screen systems continue to spread and play an increasingly important role in the lives of consumers.

McDonald’s has been at the forefront of the digital wave in the South Korean service industry.

Since the first launch of an interactive kiosk at one of its restaurants in 2015, the international fast food chain’s aggressive effort to digitize its checkout systems saw some 100 branches in South Korea revamped.

With plans to install kiosks at 250 stores in the first half of the year, another McDonald’s project under the slogan of ‘Experience of the Future’ saw a new store open near Digital Media City in Sangam that is packed with impressive features ranging from self-service kiosks to improved menu options and table service.

Shinhan Bank has teamed up with CU, the second largest convenience-store chain in South Korea, to join the trend of going unmanned.

The collective effort by the two business giants dubbed “Bank in CU” will see digital kiosks installed at CU stores providing over 100 banking services that will be available even after regular banking hours. 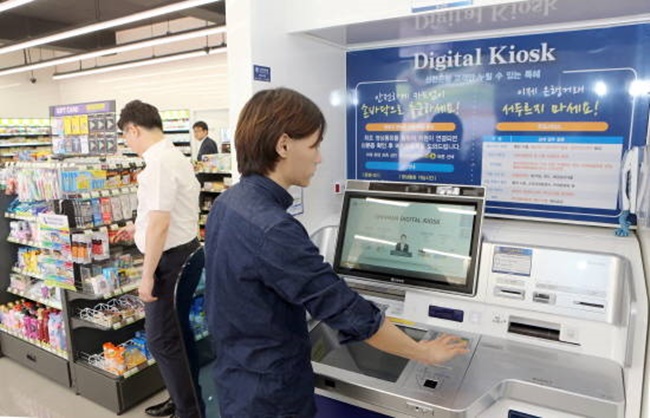 Shinhan Bank has teamed up with CU, the second largest convenience-store chain in South Korea, to join the trend of going unmanned. (Image: Shinhan Bank)

Since 2015, when Shinhan Bank launched a system of a similar nature called “Shinhan Smart Lounge” at a number of its branches, the bank has reported improved productivity and time efficiency.

According to a recent report on interactive kiosks and their relation to automation from the Institute for Information & Communications Technology Promotion (IITP), nearly seven out of ten consumers preferred interactive kiosks over human employees.

The report also found that preference for kiosks was stronger among younger respondents.

Among those who said they prefer kiosks, shorter waiting times were the most cited reason, while others said they opt for interactive kiosks to avoid human interaction.

Of the respondents, 62 percent said the expansion of digital kiosk systems in the service industry was unstoppable, while 13 percent called for government intervention to restrict the number of kiosks.

However, growing concerns over the spread of interactive kiosks and their impact on job security were more notable in another report by market researcher Trend Monitor.

More than 80 percent of respondents said the Fourth Industrial Revolution – including kiosk technology – will exacerbate income inequality, while 76 percent believed society will face new ethical and moral issues due to the advancement of technology in various fields, which, some fear, might replace manpower completely in the long run.

The head of the IITP, Kim Yong-gyun, who published the report on kiosks, says as we approach the age of automation, the government needs to come up with measures to support the improved productivity and convenience that comes with the use of kiosk software while minimizing the negative effects such as protecting low-income jobs for workers.

The global interactive kiosk market is forecast to exceed $31 billion in five years, according to a report by Allied Market Research.