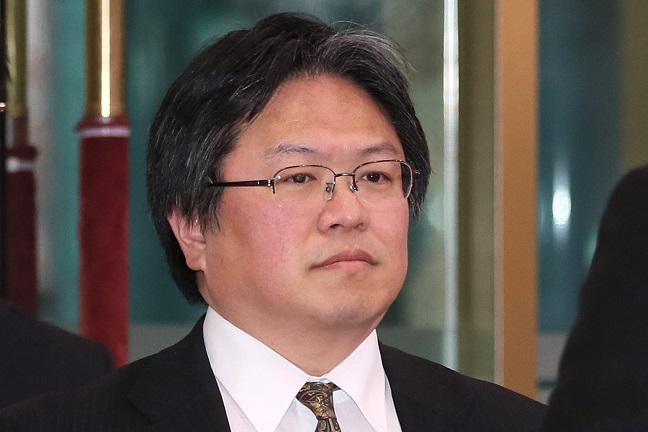 On Sunday, Japan’s Nikkei Shimbun newspaper reported that Soma has been ordered to return home, saying the No. 2 post at the Japanese Embassy in Seoul has usually been replaced every two years and it’s been over two years since Soma took the job.

In Seoul, a foreign ministry official said the report has been confirmed to be true.

“This is an issue that the Japanese government should provide specific details on,” the official said declining to elaborate on the matter.

Soma has reportedly yet to leave South Korea but is expected to return to Japan soon.

Soma’s remarks have added to tensions between Seoul and Tokyo over the long-simmering issues of Japan’s wartime forced labor and sexual slavery, as well as its restrictions on exports of key industrial materials to South Korea.

The gaffe has been cited as one of the reasons that affected Moon’s decision not to visit Tokyo for the opening of the Olympic Games, which dashed hopes for a potential summit with Japanese Prime Minister Yoshihide Suga on the occasion.