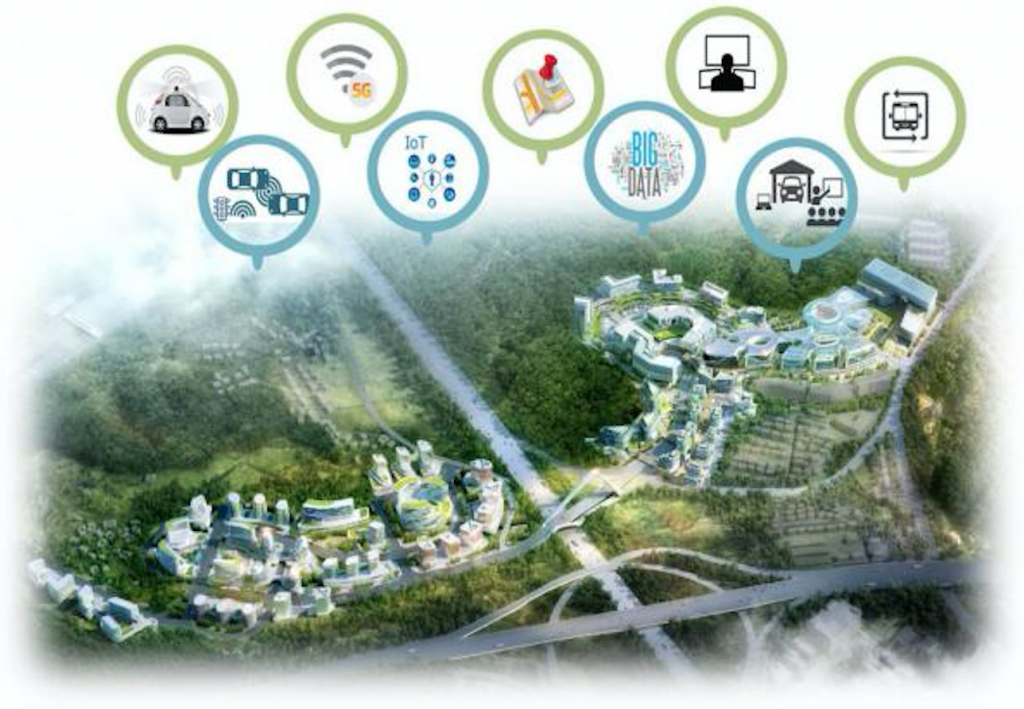 In accordance with the agreement, the organizations will develop and install ICT infrastructure at the new site, including high-precision maps, V2X communications technology (between vehicles, and vehicles and road infrastructure), and an intelligent transportation system (ITS). (image: Yonhap)

The site will be located in Seongnam’s Pangyo Zero City, to be completed by December 2017, and will consist of four kilometers (two to four lanes) of road for autonomous driving and 1.6 kilometers for manual driving.

Pangyo Zero City is a 432,000-square-meter industrial complex that is still under development, and will serve as a major Korean hub for emerging technology and start-ups.

In accordance with the agreement, the organizations will develop and install ICT infrastructure at the new site, including high-precision maps, V2X communications technology (between vehicles, and vehicles and road infrastructure), and an intelligent transportation system (ITS).

A central control tower will also be established to monitor the site’s traffic and prevent potential accidents using a real-time feed of traffic data.

The provincial government and the ministry will focus on the big three of autonomous driving infrastructure, which are high-precision maps, high-precision GPS, and Cooperative ITS (C-ITS), while the LX will establish a GNSS (Global Navigation Satellite System) to provide high-precision 3D information of vehicle location, speed, and altitude.

Telecommunications company KT will deploy a 5G network, a wireless communications technology that is roughly 270 times faster than LTE. It is an essential communications element for autonomous vehicles, which have to send and receive traffic and geographical data continuously while operating.

German automaker BMW Korea will help build a research institute in Pangyo Zero City, which will serve as a major platform for testing and research into self-driving cars. The company will also coordinate with the provincial government to produce a completely automated vehicle by 2021.

“Pangyo Zero City is a future city where everything – from CO2 emissions to road accidents and missing children – goes to zero,” said Gyeonggi Governor Nam Kyung-pil. “(The agreement) is a big step forward for autonomous vehicles. The future is at hand.”