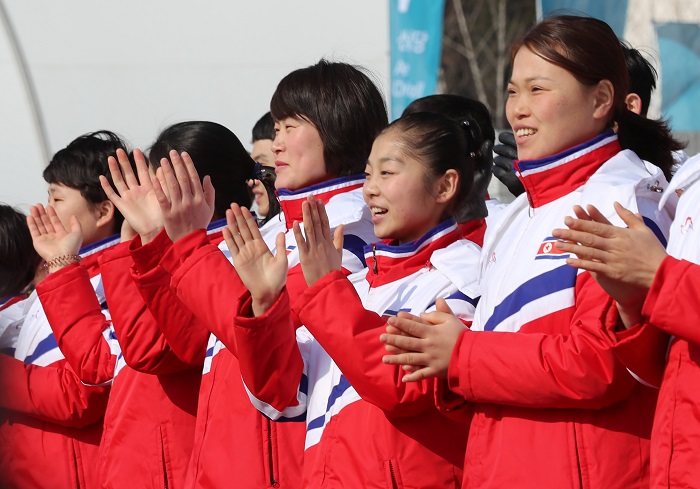 The South and North Exchange and Cooperation Promotion Council passed $2.64 million (2.86 billion won) in spending from the government budget for inter-Korean cooperation to pay the Olympic bills for Pyongyang.

The fund will cover the costs of hundreds of North Korean art performers, cheerleaders and taekwondo demonstration team members who came to the South as part of the North’s participation in the Winter Olympics.

“It is aimed at providing financial support for the North Korean delegation’s visit to South Korea and for carrying out cultural cooperation projects (between the North and South),” the Unification Ministry said.

The issue of whether to bankroll the North’s participation in the PyeongChang Paralympics in March will be determined during a separate council meeting in the future, according to the ministry.

In the opening of the council meeting, Unification Minister Cho Myoung-gyon, who chairs the council, credited North Korea’s participation in the ongoing Olympic Games as a milestone that opened up the door for building peace on the Korean Peninsula.

“The North Korean delegation’s participation in various forms is serving as a pretty good opportunity to (achieve) Seoul’s goal to hold an Olympics of peace and becoming an important chance for harmony that improves the inter-Korean relationship and opens up the door for peace on the Korean Peninsula,” Cho said.

“With the dispatch of a high-level delegation, an art troupe and a cheering squad, the Olympics have become a chance for the North to communicate with the international community,” the minister said. “This could further pave the way for (inter-Korean) discussion to build and sustain peace on the peninsula.”