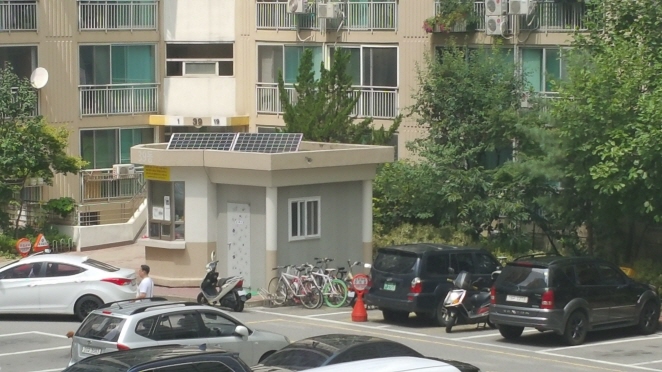 The city announced Tuesday that it will distribute 2,000 solar panels – two modules each – to 1,000 guard posts at designated apartment complexes.

The city explained that installing two miniature-sized solar panels on the roof of a guard post as large as 6.6 to 19.8 square-meters will generate 60 kilowatts of electricity per month, which is enough to power an air conditioner or an electric stove for more than three hours each day.

In case of electric fans, the solar panels would be capable of powering them all day. 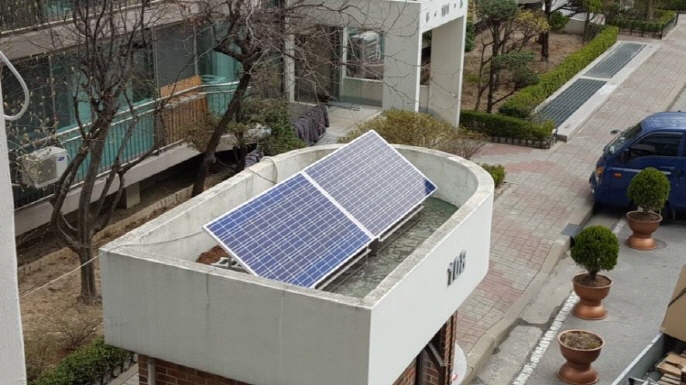 Electricity generated at times other than summer or winter will be integrated with electricity shared by the whole apartment complex.

The city has been giving out free solar panels since 2018 to reduce the cost of using air conditioners for security guards.