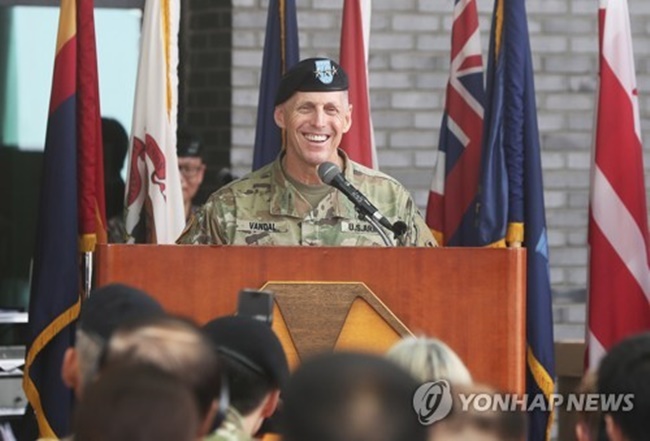 Lt. Gen. Thomas S. Vandal, commander of the Eight Army, delivers a speech at the opening ceremony for the unit’s new headquarters at Camp Humphreys in Pyeongtaek, Gyeonggi Province, on July 11, 2017. (Image: Yonhap)

CAMP HUMPHREYS, Gyeonggi Province, July 11 (Yonhap) – Nestled in the seaport city of Pyeongtaek, Camp Humphreys symbolizes American troops’ landmark transition not just in its decades-long presence on the peninsula but also in efforts to become nimbler and more reliant on high-tech combat systems.

After a decade of delay, the expansion of the compound is finally on the fast track, highlighted by the relocation of the Eighth Army, the backbone of the U.S. Forces Korea (USFK). 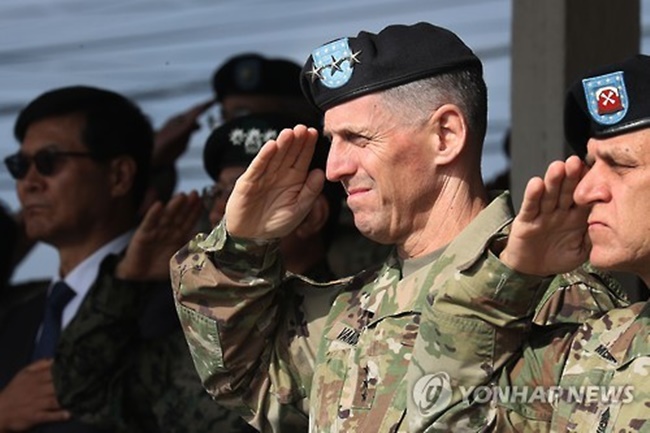 “The $10.7-billion-dollar project dramatically increased the size of U.S. Army Garrison Humphreys, making it the largest U.S. Army garrison overseas in the Department of Defense,” Lt. Gen. Thomas S. Vandal, commander of the Eight Army, said during a ribbon-cutting ceremony. “Undoubtedly, the installation is the crown jewel of overseas installations in the Department of Defense.” 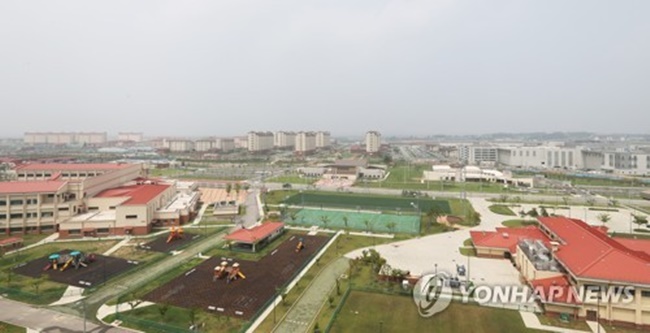 He described his unit’s move here as a “milestone” in the USFK’s transformation and the Seoul-Washington alliance that dates back to the 1950-53 Korean War.’ 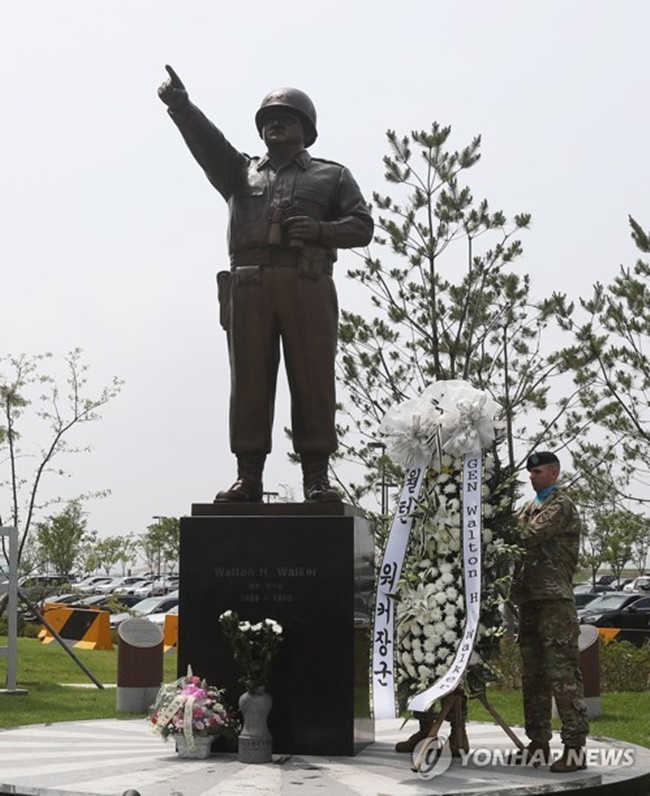 In the ribbon-cutting event, meanwhile, a 10-foot-tall bronze statue of Gen. Walton H. Walker, a late Korean War hero, was unveiled. It was moved to the Eighth Army’s new home from the Yongsan Garrison.