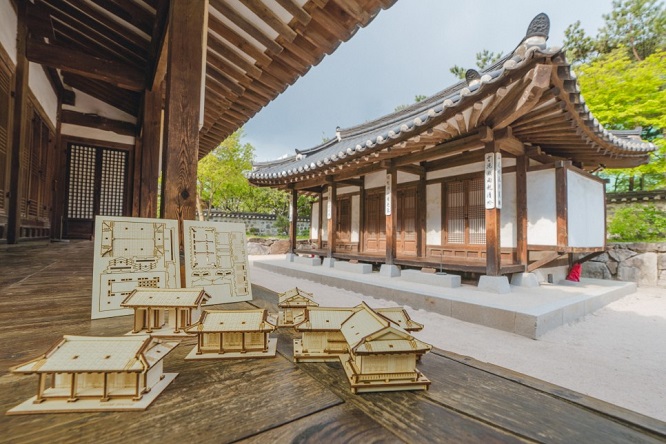 This image, provided by the Seoul city government, shows a sample of a hanok craft kit on sale.

SEOUL, Sept. 30 (Korea Bizwire) — The Seoul city government said Wednesday it has introduced more kits as part of its traditional game and craft kit selection so that people can enjoy them amid the new coronavirus outbreak.

The selection includes making miniature “hanok,” or traditional Korean houses, modeled after those in Namsangol Hanok Village in central Seoul, as well as learning calligraphy and traditional knot-tying, according to the city government.

The selection also includes traditional games like “yut nori,” which is played during holidays such as Chuseok and New Year’s Day, top spinning and “gonggi,” a children’s game involving five or more pebbles or plastic stones.

The city-run Namsangol Hanok Village, which developed the kits, said it has posted videos on the kits on its blog and YouTube channel to help people follow the instructions.