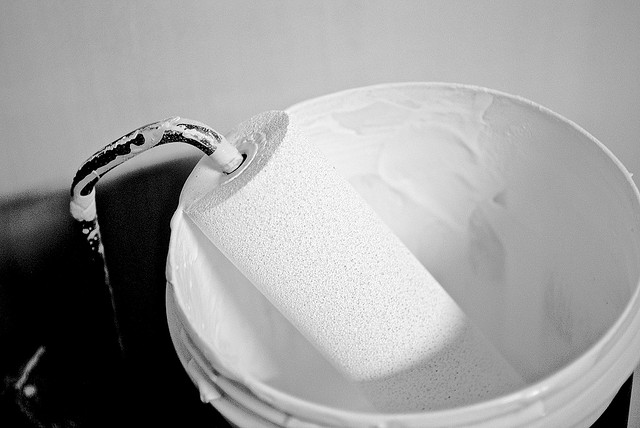 Painting the rooftop in white can substantially reduce energy requirements for the building by taking advantage of the heat reflection effect.(image:goobimama/flickr)

SEOUL, Aug. 28 (Korea Bizwire) —  In order to reduce the urban heat island effect and save air-conditioning energy, the Seoul metropolitan city government will commence on a campaign to paint the rooftop in white color. To this end, the city government on August 28 appointed “Rooftop Moonlight,” a female duet, as honorary ambassadors for the cause.

Painting the rooftop in white can substantially reduce energy requirements for the building by taking advantage of the heat reflection effect.

The U.S. federal government is also actively encouraging this as a way to conserve energy. American President Barack Obama once remarked, “Cool roofs are one of the best greenhouse gas reduction strategies.”

Some U.S. local governments such as the state of California and the city of Dallas have introduced bills to mandate cool roofs for newly built or renovated buildings. The New York City government also made it obligatory to install cool roofs in more than 75 percent of newly built buildings in terms of rooftop area.

Cool roof initiatives have gained so much momentum in the United States that 13 states have offered financing programs for building owners while 14 states provide subsidies to owners who implement cool roof projects. Cool roof is applicable to all kinds of roofs while tree planting on the roof is only possible when the roof is built with concrete. In Korea, the Changwon city government (South Gyeongsang Province) has implemented an experimental program in its roofs. 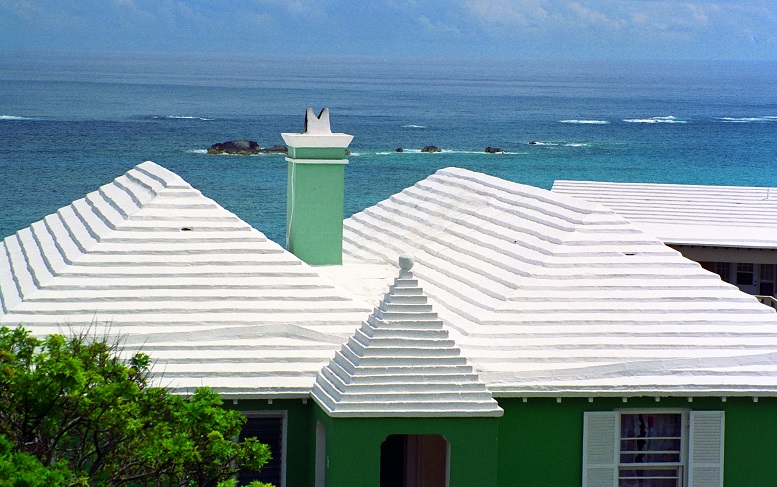 “Cool roofs can be well displayed in Bermuda Style.” The archetypical Bermuda house is a low, squared building with a stepped, white roof and pastel-painted walls, both of which are made out of stone. (image: Wikipedia)

According to a U.S. Department of Energy study in 2010, the temperature of a regular roof in darker colors may go up as high as 66 degrees Celsius in the middle of the day. In contrast, a cool roof in white color can reduce the temperature by 28 degrees Celsius.” Hashem Akbari, a senior scientist at the Lawrence Berkeley National Laboratory, also published research results confirming that cool roofs can reduce the cooling load by 18-93 percent, according to simulation results on buildings in 27 cities across America.

The Seoul city government will soon come up with plans to expand the initiative in stages. For example, it will begin with pilot projects in a select number of buildings from this year, followed by a bigger program in 2015 that will include financing support to those building owners that implement building retrofit projects.

As a way to promote the initiative to the general public, the city government will hold an event in the evening of August 28 at the Basic House building rooftop in Seoul’s Gangnam. The participants will paint the white cool roof urethane coating on the rooftop and cook with the oven and range run by solar power. They will sample the organic vegetables grown on the rooftop. The event will be highlighted by a small concert featuring the folk music duet “Rooftop Moonlight.”