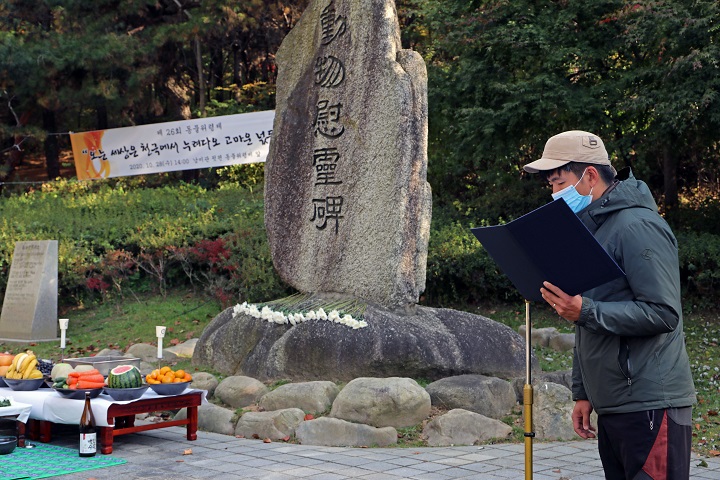 This photo provided by Seoul Grand Park shows an employee of the zoo pays tribute during a memorial service.

SEOUL, Oct. 26 (Korea Bizwire) — Seoul Grand Park, one of the biggest parks in the Seoul metropolitan area, said Monday that it will hold a memorial ceremony for deceased animals for the 27th time on Nov. 1.

The memorial ceremony allow guests to lay flowers and read letters in memory of the deceased animals.

The ceremony began in 1995 to pay tribute to deceased animals. The park has been holding the ceremony each year ever since.

The ceremony will be attended by a minimum number of people, including the head of Seoul Grand Park, head of the Seoul Grand Zoo, and departmental heads in accordance with COVID-19 restrictions.