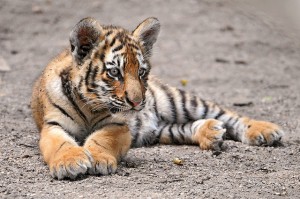 The best idea, proposed by Cho Mira of Seoul, involves running a bus in downtown Seoul wrapped with pictures of endangered animals. (image: Tambako the Jaguar@flickr)

SEOUL, Korea, Jan 13 (Korea Bizwire) - Seoul Grand Park, a public park complex to the south of Seoul that includes a zoo, a rose garden, an amusement park, and a national museum, said on January 12 that it selected ten ideas out of hundreds from a contest to promote endangered animals living in the park.

The best idea, proposed by Cho Mira of Seoul, involves running a bus in downtown Seoul wrapped with pictures of endangered animals like the lowland gorilla, white rhinoceros, Siberian tiger, and Asiatic black bear. In addition to the pictures, the bus will be equipped with speakers and play public announcements with occasional animal sounds.

The judges for the contest said the idea of operating a bus was given the best prize because it would be an effective way to promote it while an additional word-of-mouth effect through social networking sites can be expected as well. The park authorities will announce in what way the other nine ideas will be implemented later.