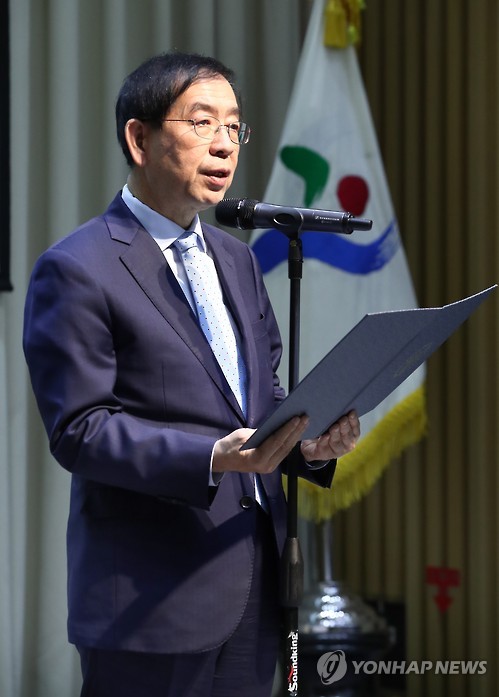 “Park should immediately step down. The president has lost her authority and the trust (of the people).” (image: Yonhap)

SEOUL, Nov. 2 (Korea Bizwire) – Seoul Mayor Park Won-soon, a potential contender for the liberal bloc in next year’s presidential race, on Wednesday officially urged President Park Geun-hye to resign, marking a rare political remark from the head of the capital city with some 10 million citizens.

“Park should immediately step down. The president has lost her authority and the trust (of the people),” the mayor said, adding Park does not deserve to exercise powers due to her ethical lapses.

The mayor claimed the Cabinet reshuffle came as a disappointment, adding countermeasures led by the ruling party and the presidential office will only escalate the public’s anger sparked by the scandal centered on Park’s confidante.

South Korea has been mired by the so-called Choi Soon-sil scandal surrounding the 60-year-old woman who allegedly influenced powers over state affairs based on her 40-year friendship with Park. Reports showed Choi edited presidential speeches, while allegations have emerged of her playing a key part in the creation of two public foundations created with money collected by the country’s conglomerates.

“Following the situation, we need to establish a new country, politics and systems,” the mayor said. “Just changing the chief executive will not fundamentally solve the issue, although Park is responsible for the crisis.”