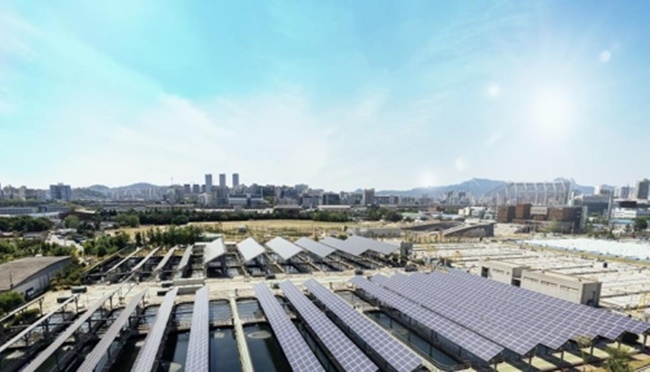 Currently, around 30,000 households in Seoul are equipped with mini solar panels, but Seoul’s ambitious plan will see the number grow by a factor of more than 30, allowing one in every three households in the city to generate solar energy. (Image: Seoul Metropolitan Government)

Currently, around 30,000 households in Seoul are equipped with mini solar panels, but Seoul’s ambitious plan will see the number grow by a factor of more than 30, allowing one in every three households in the city to generate solar energy.

The announce comes as no surprise to those who closely follow Mayor Park Won-soon, who has made public on many occasions his intention to increase the renewable energy production within the city and do away with nuclear power plants since becoming mayor in 2012.

According to the new plan, households in the South Korean capital alone could generate one gigawatt of electricity, which is the equivalent of the average energy production of a nuclear power plant.

Park, who is an advocate for denuclearization and renewable energy generation from home, says Seoul will use solar energy and related businesses as an answer to nuclear and coal power, and become the world’s most advanced “city of the sun”.

At the heart of Seoul’s ambition plan is increasing home energy production levels.

To achieve this, the Seoul Metropolitan government will encourage 630,000 apartment households to install mini solar panels by making it mandatory for all new apartments built by the Seoul Housing and Communities Corporation.

The same plan will extend to residential buildings built by private construction companies in the future, with the Seoul government covering 70 percent of the bill, as well as additional support from local district offices.

In addition, some local landmarks will get a special solar energy-themed design makeover to raise awareness and familiarize the public with renewable energy.

Benches, bus stops and streetlights at Gwanghwamun Square will be powered by solar energy, while a solar power-themed park consisting of solar trees and solar bridges will be built at World Cup Park.

Solar panels will also be installed on the Gwangjin Bridge, similar to the solar powered-bridge spanning the River Thames in London.

The Seoul government is expected to invest 15 billion won over the next five years into solar energy technology research and development projects, and will also create venture capital funds for solar energy businesses.