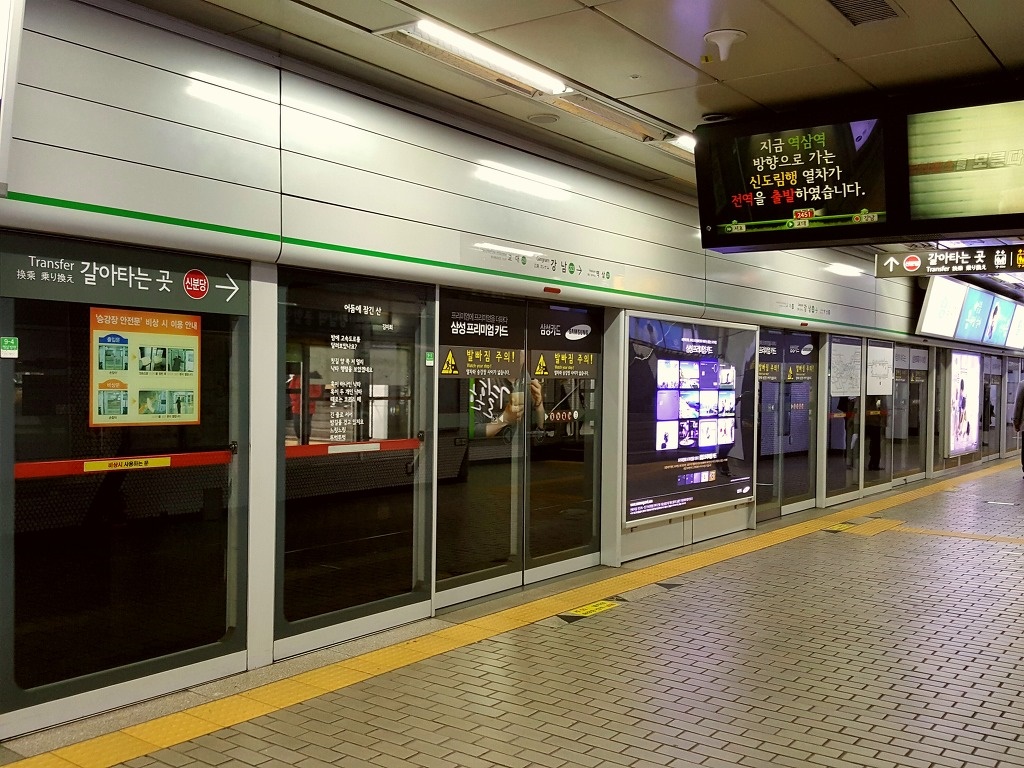 SEOUL, May 25 (Korea Bizwire) – More than 120 subway stations are set to adopt laser sensors for their platform screen doors by the end of this year, as Seoul Metro accelerates its efforts to deliver on last year’s promise to make its platform screen door system safer.

As of last month, the new laser sensor system was introduced at 12 stations in Seoul, with plans to follow suit in a further 41 stations by the end of next month.

Infrared sensor were previously used for platform screen doors at subway stations in Seoul to prevent passengers from getting stuck in the door, but criticism mounted in recent years over the frequent occurrence of technical problems, Seoul Metro said yesterday.

Seoul Metro’s decision also comes on the heels of growing concerns over the safety of workers, prompted by a mechanic who was killed by a train while locked out of the platform during work last year, after being called in to fix a malfunctioning platform screen door at Guui station.

The original plan, which was scheduled to have taken place last year, was delayed as suppliers failed to meet the deadline to apply for quality certification after trying to localize key components.

Since then, Seoul Metro opted for imported components and has moved rapidly to ramp up safety at subway stations in the city.

Nearly 160 stations on Lines 5 to 8 operated by the Seoul Metropolitan Rapid Transit Corporation and a further 24 stations on Line 9 will also receive the same treatment next year.

Along with the new sensors, Seoul Metro also launched a central control system earlier this month, monitoring the safety of millions of passengers through CCTV in real time at all of its 121 stations. 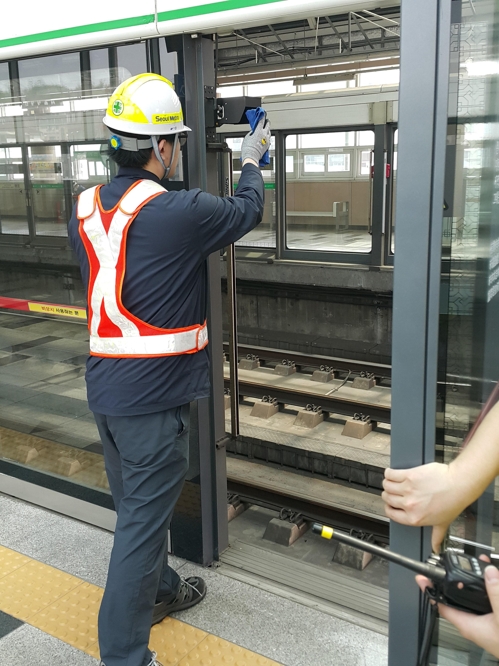 As of last month, the new laser sensor system was introduced at 12 stations in Seoul, with plans to follow suit in a further 41 stations by the end of next month. (Image: Seoul Metro)

The newly introduced safety monitoring measures are expected to secure safety in the subway, as the control center can respond more swiftly to accidents and minimize damage, instead of solely relying on train drivers to report.

“When emergencies occur, such as passengers getting stuck between doors, we can now monitor the situation from the control center and supervise the repair process and mechanics while having control of trains. This can prevent accidents,” Seoul Metro said.

Seoul Metro also announced plans to introduce a new type of train on Line 2, which will be connected with an automatically operated platform screen door system by 2020.