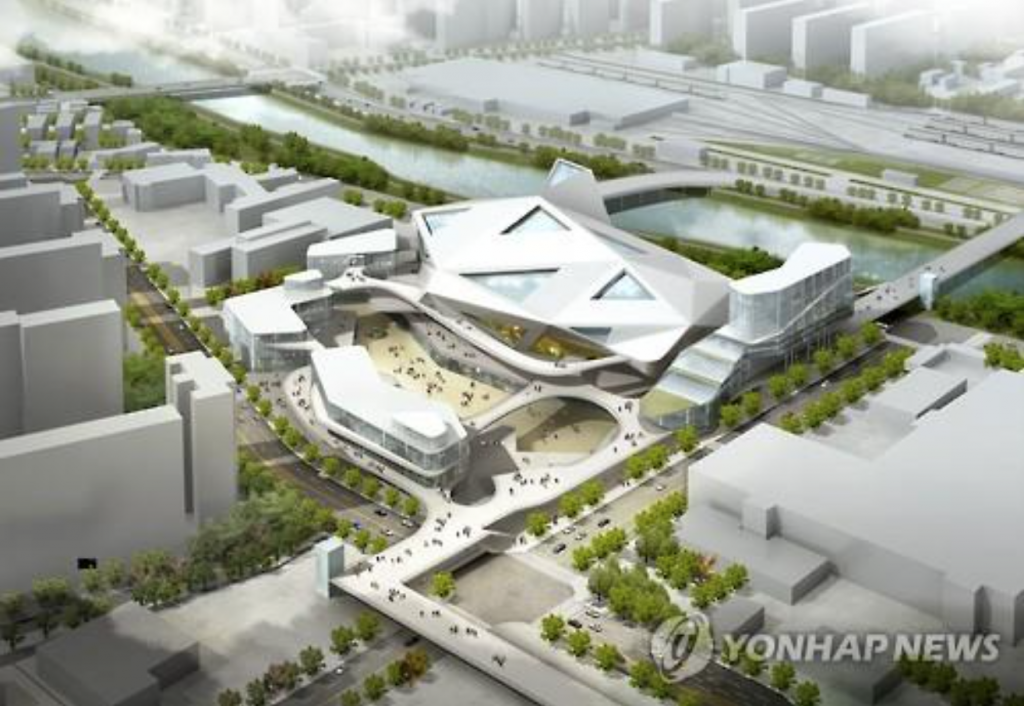 Seen here is an artist’s rendering of Seoul Arena which is scheduled to be completed in northern Seoul in 2021. Seoul city plans to develop the area into a mecca for the country’s music industry. (image: Yonhap)

“We (Seoul city) have placed an order to work out a blueprint for the creation of a culture and arts complex in Changdong where Seoul Arena, a performance-only venue with 20,000 seats, will be constructed with completion set for 2021,” the official said.

A way to build a K-pop museum or K-pop experience hall, whose provisional name is the Hall of Fame for Pop Music, in Changdong is also under consideration, according to the official.

“A lot of Hallyu tourists (from foreign countries) are likely to visit Seoul Arena as it is expected to provide concerts 200 days a year,” the official said. Hallyu refers to the Korean Wave, or the global popularity of Korean pop music, dramas and movies.

Changdong is relatively easy to access from Incheon International Airport and downtown Seoul, and the prices there are not so high, the official said.

As a prelude to the grand plan, the city opened “Platform Changdong 61,” which includes a concert hall and a recording studio, near Changdong subway station in April.

The place will be developed into a new complex cultural space for youths.

The city will also carry out a feasibility study on setting up an applied music school like Berklee College of Music in the United States to nurture musicians and entertainers.

In addition, construction of a photo museum, a robot museum, culture and arts studios and a culture street in the area will be examined, according to the official.

“In mapping out the blueprint, we’ll refer to successful cases of famous music cities like Britain’s Liverpool and America’s Austin,” he said.