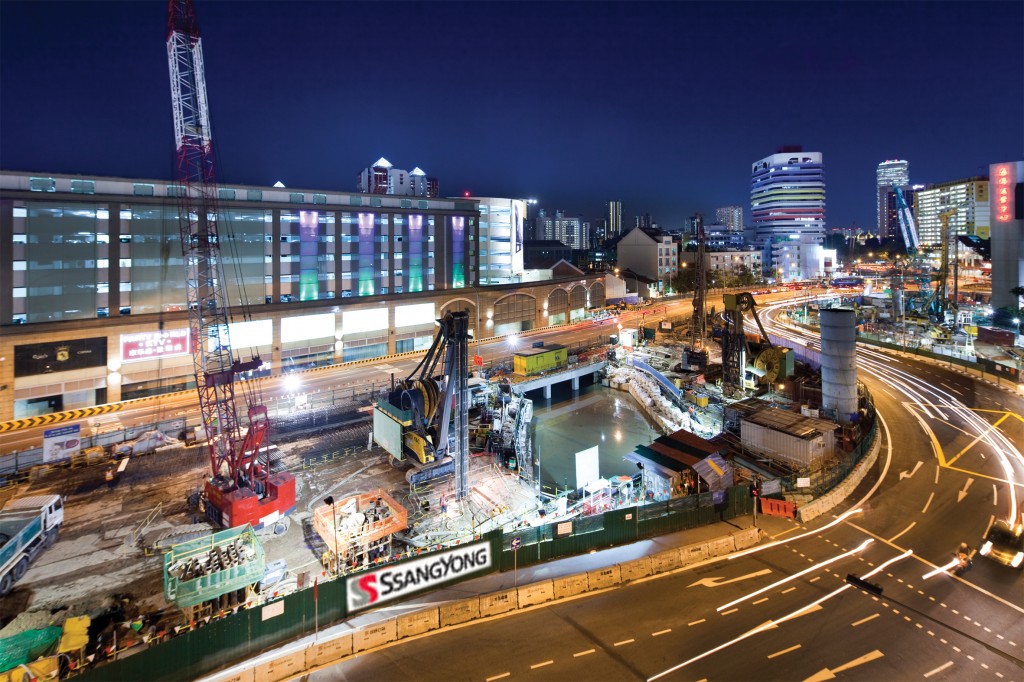 Ssangyong E&C received the certification of no accidents for 15 million man-hours from the Land Transport Authority (LTA) of Singapore. (image: Ssangyong E&C)

The construction company announced on February 4 that it received the certification of no accidents for 15 million man-hours from the Land Transport Authority (LTA) of Singapore as there have been no accidents in the 66 months since the groundbreaking in June 2009.

The 15 million accident-free man-hours record is far from easy to accomplish, since it represents the equivalent of accident-free construction for almost 51 years or 18,750 days on a project where 100 workers work 8 hours a day. The record is all the more impressive considering that the project is a subway site, which are difficult to construct, there is no precedence for this type of record, and the existing record in Singapore, famous for its fastidious construction supervision, was 7 million man-hours.

At the 1 kilometer construction site, Ssangyong is applying a number of different subway construction methods such as NATM (New Austrian Tunnelling Method), TBM (Tunnel Boring Machine) and Open Cut, and has shifted a 10 lane road on the surface and 25 meter wide canal more than 50 times. Ssangyong mobilizes 1,200 workers and up to 50 units of heavy machinery on the site every day. The company won the order with a bid of US$627 million.

An official at Ssangyong said, “After several records, including 12 million accident-free man-hours at Marina Bay Sands Hotel in 2010, and 10 million man-hours at Marina Coast Express Way in 2014, we are happy to achieve the meaningful record in the subway construction sector. The record proves the excellence of our technology and safety system.”

Meanwhile, the 921 project of Ssangyong E&C has garnered 13 safety related awards in Singapore, including the champion award at the safety awards sponsored by LTA in 2013.

If the company keeps the accident-free record by the time of its completion in March next year, it is expected that it will exceed 17 million man-hours.