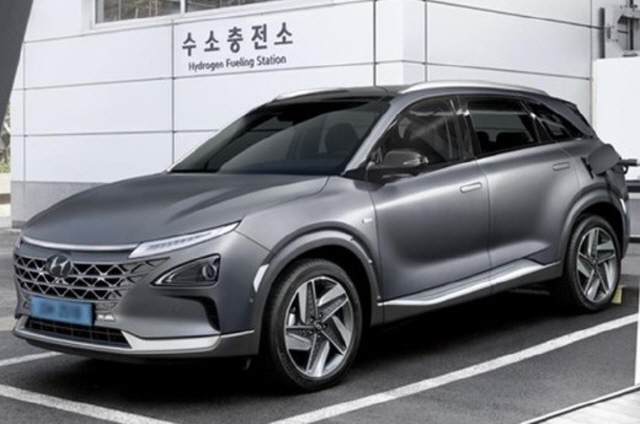 The target marks a big leap from some 890 units last year and underscores Seoul’s broader efforts to promote hydrogen vehicles amid stricter regulations on gas-guzzling and diesel-powered vehicles, according to the Ministry of Trade, Industry and Energy.

“On top of the hydrogen passenger cars, the government plans to supply 10 hydrogen-powered taxies starting in August and 35 hydrogen buses in June,” an industry official said.

The ministry also said it is aiming to increase the number of charging stations for hydrogen cars to 86 by the end of the year and to 310 by 2022 from the current 21.

The government plans to come up with measures to establish the nationwide hydrogen charging infrastructure by August, the ministry said.

In March, the transport ministry said it aims to have 2,000 hydrogen buses across the country by 2022. Hydrogen buses will be available in seven major cities — Seoul, Busan, Ulsan, Gwangju, Changwon, Asan and Seosan — in 2019.

About 900 Nexo hydrogen passenger cars made by Hyundai Motor were sold across the country as of the end of March.