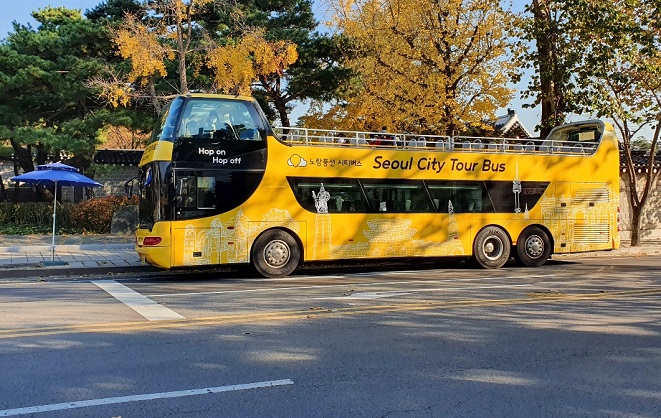 This photo, provided by the Seoul city government on April 1, 2021, shows a Seoul City Tour Bus parked on a street in central Seoul.

The buses will start running again from Saturday, about a year after the city government suspended the tours in March last year as part of efforts to contain the spread of COVID-19.

To ensure tourists’ safety, it will conduct mandatory virus tests on all bus drivers, limit the number of people aboard and ban eating on buses. All passengers’ entry logs and body temperatures will be also checked, according to the municipal government.

“We hope the resumption of Seoul City Tour Bus will help revive travel in Seoul and give fresh energy and joy to people worn out from the prolonged pandemic,” the city government said.