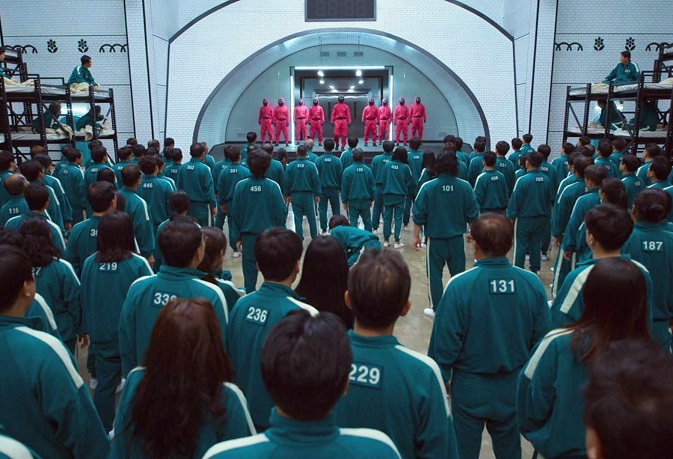 SEOUL, Nov. 11 (Korea Bizwire) — The South Korean sensation “Squid Game” has reclaimed the No. 1 position on Netflix’s most popular TV show rankings to become the streamer’s top-ranking original series for the most days ever.

According to streaming analytics firm FlixPatrol on Wednesday (U.S. time), the Korean-language survival drama regained the No. 1 spot on the list of the world’s most watched TV shows on Netflix, replacing the previous leader “Arcane,” an animated series based on the online battle game “League of Legend.”

It is the 47th day that “Squid Game” has hit the summit after staying atop the chart for 46 days in a row from Sept. 23 to Sunday.

It is one day longer than that of the American coming-of-age period drama “The Queen’s Gambit” (2020), which held the title for 46 days.

Meanwhile, the popularity of “Squid Game” has stood out on other platforms as well, outnumbering the longtime TV powerhouse “Game of Thrones” in terms of combined YouTube views of its derivative video content.

According to U.S. magazine Variety, a report by content analytics firm Vobile showed that a total of 129,000 videos of the survival drama, including official trailers, fan-made reaction clips and video games, have earned a total of 17 billion views on the platform since the show’s release.

In comparison, the American fantasy drama series “Game of Thrones,” which premiered in 2011 on HBO, posted a combined 16.9 billion views from 420,000 uploaded YouTube videos.