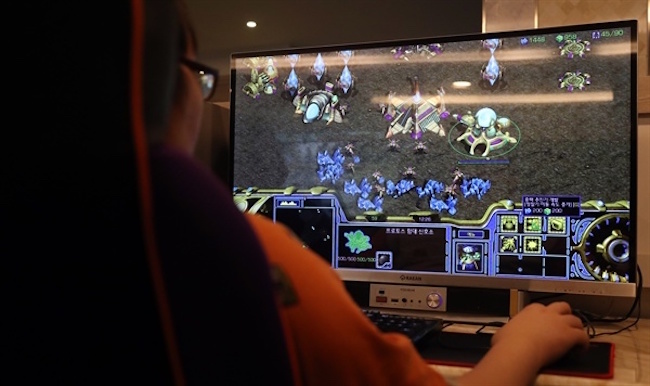 Parents of children, educators and some civic groups have urged local authorities to designate gaming disorder as a disease. (Image: Yonhap)

SEOUL, May 27 (Korea Bizwire) — South Korea plans to set up a body to address the World Health Organization’s decision to classify excessive gaming as an illness, while balancing the interests of the country’s high-profile gaming sector and growing concerns over gaming addiction, the government said Monday.

The WHO last week defined problems caused by excessive gaming as a disorder in the 11th Revision of the International Classification of Diseases (ICD-11).

“The consultative body will be made up of experts from the medical sector and all interested parties so as to discuss the matter,” the Ministry of Health and Welfare said.

The WHO outlined a grace period extending up to Jan. 1, 2022. In case of South Korea, due to regulatory processes, the classification may come into force around 2026, according to the ministry.

Parents of children, educators and some civic groups have urged local authorities to designate gaming disorder as a disease, but such a designation is strongly opposed by the gaming industry, as well as the culture ministry.

The gaming industry has created its own committee to review related concerns, stressing the matter needs to be examined in more detail.

“The WHO’s ICD-11 conflicts with the UN Convention on the Rights of the Child that emphasizes kids can participate fully in cultural and artistic activities,” the committee said.

It pointed out that even the American Psychiatric Association warned against making hasty decisions without carrying out sufficient research and examining relevant data.

The gaming industry has also balked at the WHO’s move, saying classifying excessive game playing as a disease only serves as an extreme restriction on the industry and “can’t be a fundamental solution” to addiction.

The country’s culture ministry also said it cannot accept the WHO’s decision, strongly opposing codifying gaming addiction as a disease, citing other factors that may influence such behavior.

The culture ministry argued that young people engage in compulsive gaming activities not simply because of games themselves but because of psychosocial factors, such as stress at school, lack of social support from teachers and peers and parental behavior.

From a clinical perspective, the ministry also claimed gaming doesn’t directly cause changes in the brain, and pre-existing conditions, such as attention deficit hyperactivity disorder, can result in compulsive gaming.

In overseas markets, an estimated 1.9 trillion won in losses is expected in 2025, the data showed.