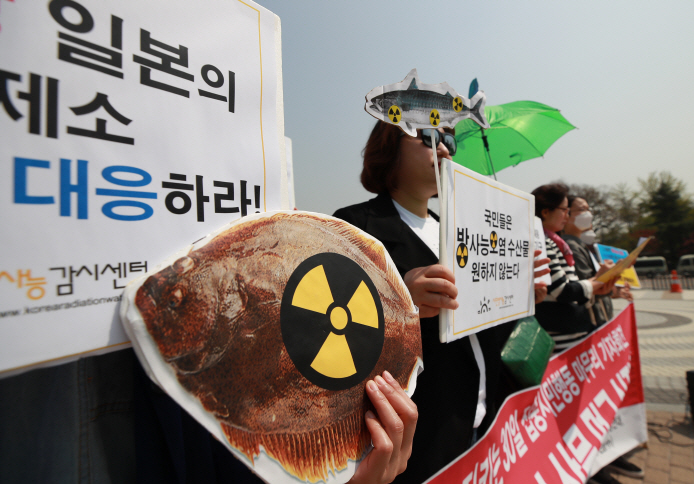 SEOUL, Apr. 12 (Korea Bizwire) — South Korea on Friday welcomed the World Trade Organization’s decision to rule in favor of Seoul’s import restrictions on Japanese seafood in the wake of the 2011 Fukushima nuclear disaster and said it would keep the ban in place going forward.

The WTO appellate body overturned several points of the 2018 verdict earlier in the day, saying the Seoul government’s measures are not unfair trade restrictions and do not fall into the category of arbitrary discrimination.

The appellate body, however, sided with Japan on one point, saying that Seoul has not provided enough information to Tokyo in terms of the import ban measures.

“The government has been making all-out efforts to follow the principle of making the health and safety of the people a priority, and the government highly appraises the WTO’s decision,” the Ministry of Trade, Investment and Energy said in a statement.

The South Korean government said it hopes that there would be no further trade dispute with Japan.

In 2015, Japan officially lodged a complaint at the WTO to challenge South Korea’s import bans and additional testing requirements on fish caught after 2013. Tokyo argued that radioactive levels of its fishery product were lower than those from a number of other nations.

The WTO’s dispute settlement body ruled in favor of Japan in February 2018.

South Korea has been placing import restrictions on 28 kinds of fish caught from eight prefectures near Fukushima since the nuclear power plant accident.

The South Korean government said it will keep the existing import ban on all seafood from the eight prefectures. All Japanese seafood companies will be required to hand in safety certificates when any traces of radiation are found, it added.

About 50 countries have maintained bans on imports since the nuclear disaster, but Japan has complained to the WTO about only one country — South Korea.

“Currently, 19 more countries have implemented an import ban (on Japanese seafood) at different levels,” said Yoon Chang-yul, the head of the social policy coordination office under the Office for Government Policy Coordination.

South Korea, meanwhile, has been replacing its imports of Japanese pollack and mackerel with supplies from Russia and Norway respectively, the Ministry of Oceans and Fisheries said.

“It is a sovereign country’s right to implement an appropriate level of protection,” an official from the ministry said.

“All countries have different standards, and they cannot be judged under the same standard. The Fukushima crisis broke out in a neighboring country, and we needed to review our protection level in a more strict and thorough manner.”