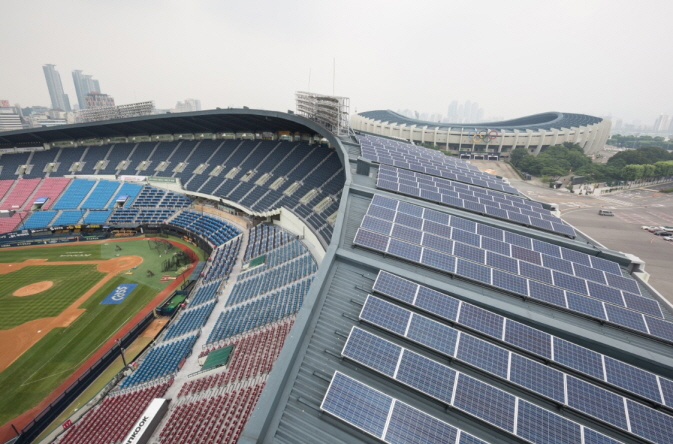 The city’s effort to expand facilities for solar power generation, known as “Solar City Seoul,” was chosen as a category winner for Renewable Energy in this year’s C40 Cities Bloomberg Philanthropies Awards.

Kim Eui-seung, chief of the climate environment headquarters at the local government, attended the awards ceremony at the C40 World Mayors Summit in Copenhagen, Denmark, on Thursday.

The summit brought together members of C40 Cities Climate Leadership Group, an emissions reduction advocacy group founded in 2005 with more than 90 of the world’s greatest cities.

It was the second time the Seoul metropolitan government has received the award since 2014.

In November 2017, the local government came up with the 2022 Solar City Plan that called for increasing the residential solar power sector by adding 1 GW of capacity by 2022.