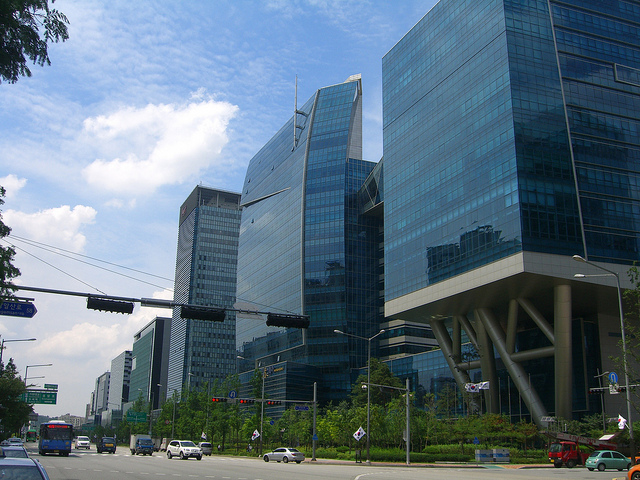 According to Reuters, Greenland Group said that it plans to invest over 20 billion yuan (US$3.22 billion) to build the twin towers.(image:TF-urban/flickr)

The DMC twin tower would be the tallest twin tower in Seoul upon completion. Seoul Metropolitan Government is planning to turn the site into a hub of global digital content and IT businesses. The twin towers will also house offices, hotels, conference halls and cultural centers.

According to Reuters, Greenland Group said that it plans to invest over 20 billion yuan (US$3.22 billion) to build the twin towers. Mayor Park visited the Shanghai headquarters of Greenland Group in November, and gave a presentation on the economic outlook and investment environment in Seoul. Greenland Group showed interest in DMC site development at that time.

Seoul Metropolitan Government is planning to invite more bids from non-Korean investors for the project to obtain more proposals. Bids from non-Korean companies will be evaluated under the same standards applied to Korean companies.
Seoul Metropolitan Government will set a schedule for the selection of preferred bidders by the end of the year. The project will be awarded through competitive public bidding in the first half of 2015.

The project was initiated by the Seoul Lite Tower consortium in 2008 but was put on hold during the global financial crisis. Seo Dong-rok, head of the economic development department for Seoul Metropolitan Government, said that the MoU with Greenland Group signals the resumption of the previously dormant project.