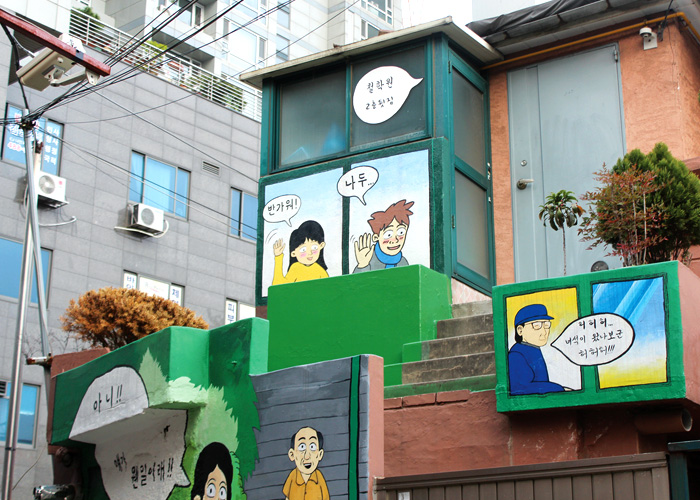 Established in 2010, the award aims to honor significant efforts made by Asian cities and organizations to improve, revitalize and create a beautiful and harmonious townscape that is safe, sustainable and respectful of history and local cultures. The contest is organized by the UN-HABITAT Regional Office for Asia and the Pacific, Asian Settlement Commission, Asian Landscape Design Organization and the Fukuoka Asian Urban Research Centre.

It also highlights the people’s efforts to create more beautiful, sustainable, resilient and environmentally friendly townscapes at the city, district and community levels.

In this year’s contest, 13 out of 53 entrants from eight Asian countries received such awards and two entrants were given awards of the jury president.

The awards ceremony is scheduled to take place Sept. 28 in the Chinese city of Yinchuan.

The Gangdong municipality built the Kang Full Cartoon Alley in 2013 in cooperation with Kang, a native of the neighborhood, and its residents.