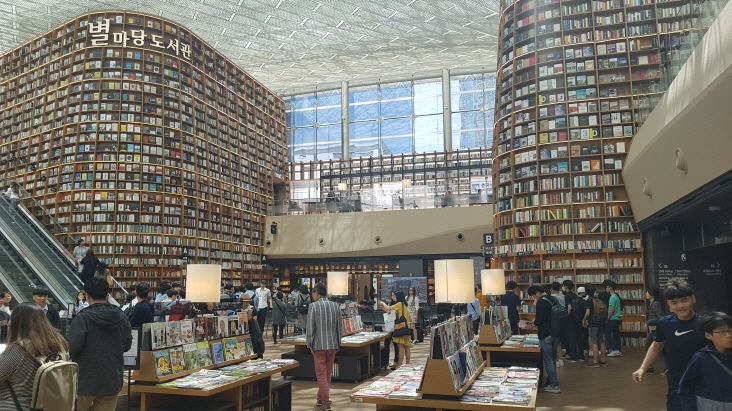 The Starfield Library at Coex Mall in southern Seoul (Yonhap)

This service is designed to raise the revisiting rate for the libraries within the district by recommending less-known good books rather than best-selling or new books.

The district office said that it decided to introduce the service to recommend optimal books to library visitors who have difficulty selecting books.

If visitors input information on gender, age, mood and areas of interest into library kiosks, the AI recommends optimal books using big data from the National Library of Korea.

The new service was introduced at six libraries within the district.