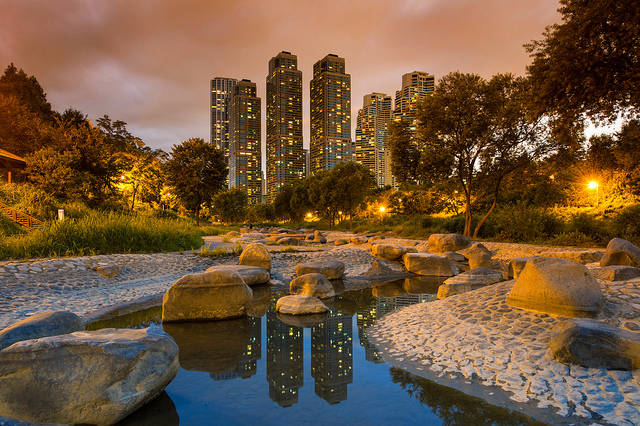 As the reasons for their wish to visit Gangnam, foreign big spenders said that Gangnam is the best place for a variety of activities like shopping, medical tour and Korean Wave experience. (image: SeongJun Hong/flickr)

SEOUL, Aug. 14 (Korea Bizwire) — Thanks to Psy‘s “Gangnam Style” and its sprawling trendy places, Gangnam is establishing itself as one of the most popular destinations in Seoul among international tourists.

According to Cosmojin, a travel agency catering to foreign tourists, the number of international ‘deep pockets’ or VIP tourists who visited the trendy places in Gangnam district during the first half surged 127 percent over the same period of the previous year.

In the past, VIPs who were time-pressed for sightseeing in Seoul as they came here for business purposes focused mainly on traditionally popular tour programs including Seoul Palace tours or city-wide tours. As Gangnam is being recognized as the best itinerary course during the Seoul visit, however, the globally renowned place is increasingly being picked out as a must-visit attraction among the tourists.

According to Cosmojin, this shift comes from the diversity and continuous changes inherent in Gangnam district. Among the VIPs wishing to visit Gangnam, more than 75 percent of respondents have already visited Seoul and their popular tourist places proved to be Korea’s traditional sites like the palaces. In that case, they tend to visit Gangnam more than others, approximately 3.5 times higher.

As the reasons for their wish to visit Gangnam, foreign big spenders said that Gangnam is the best place for a variety of activities like shopping, medical tour and Korean Wave experience. There are luxury brand shops, high-end medical facilities, and upscale trendy restaurants and clubs in Gangnam.

An official at the travel agency said, “New cultural items are concentrated in Gangnam and the VIPs want to look for the trends. As their interests in Gangnam rise, more common foreign tourists will eye on Gangnam.”

Meanwhile, the Seoul city government is now creating K-Star Road linking Galleria Department Store and the buildings of SM Entertainment and Cube Entertainment. Once the road is open next year, more foreign tourists are expected to visit Gangnam.