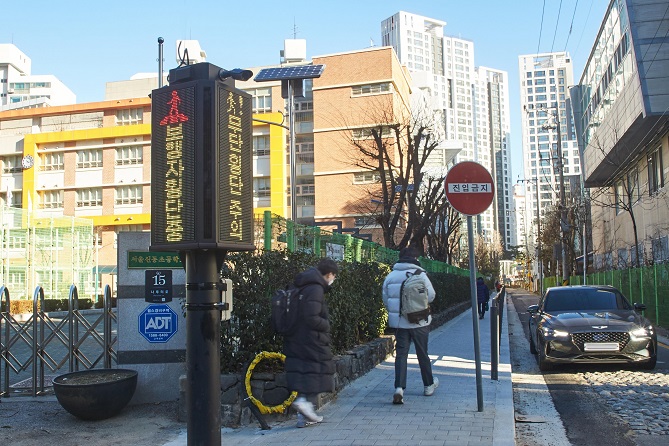 The new system, set up this month, consists of a camera, LED monitor, speaker, and a pole.

The system screens a warning message only when the approaching objects turn out to be automobiles or pedestrians.

The system is capable of delivering warning messages via an LED screen, speaker, or light bars. 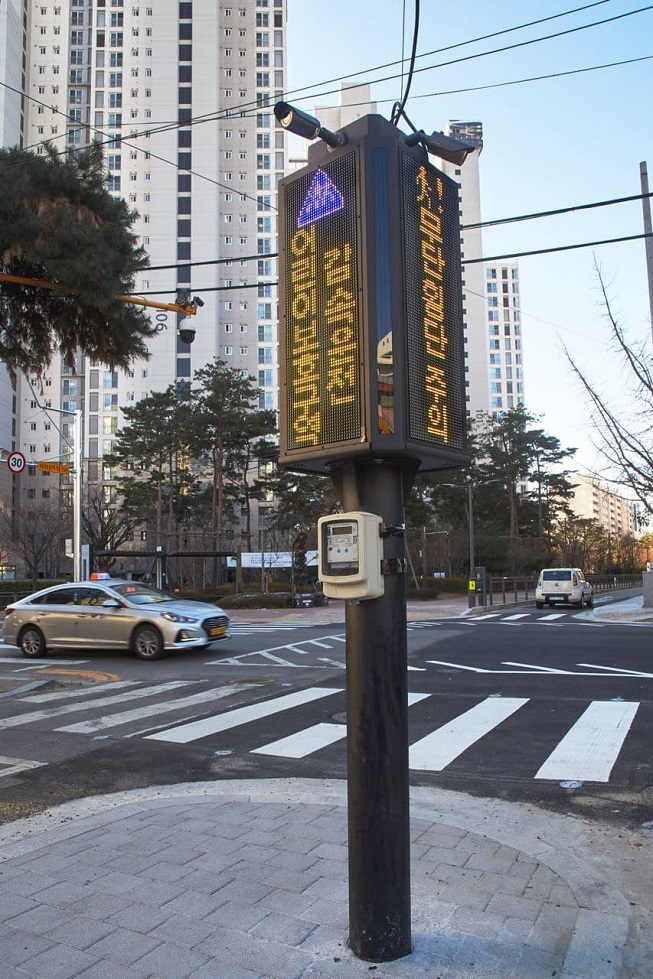