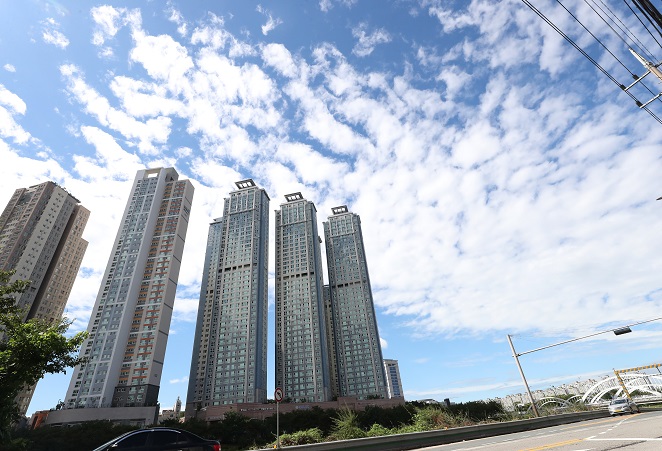 The average PM 2.5 reading across the country was 8 micrograms per cubic meter in September, the state-run National Institute of Environmental Research said, referring to a measure for ultrafine particles smaller than 2.5 micrometers in diameter.

It was the lowest monthly average since the nation began its ultrafine dust observations in 2015. PM 2.5 dust particles are a class one carcinogen.

The September average, calculated based on observations from 497 air pollution monitoring centers nationwide, was 33.3 percent and 52.9 percent lower compared with the same month of 2020 and 2015, respectively, the agency noted.

There were 28 “good” ultrafine dust days last month, up six from the same month of 2015, it said.

There was not a single “bad” or “very bad” day last month, it added.

Among provinces and metropolitan cities, Gangwon Province posted the lowest monthly average of 6 micrograms per cubic meter last month, followed by Seoul and Sejong each with 7 micrograms, it said.

The agency attributed the steep fall in last month’s PM 2.5 density to domestic emission reductions caused by favorable weather conditions and various government policies, such as the seasonal management system for air pollution.

For instance, the PM 2.5 emissions from domestic industrial businesses equipped with real-time monitoring systems in the first nine months of this year marked a decrease of 9.7 percent from the same period of last year and a cumulative contraction of 55 percent from 2015.

The number of dilapidated diesel vehicles, classified as grade 5, the lowest in terms of emission levels, dropped 46.5 percent from 2.58 million in December 2018 to 1.38 million last month.

Regarding last month’s weather conditions, the agency said that easterly winds increased for the Korean Peninsula, the East Sea and northern China, and frequent inflows of cool and clean air also played a role in maintaining the low ultrafine dust concentration.